Uncertainty hangs over shape of TikTok sale to US investors 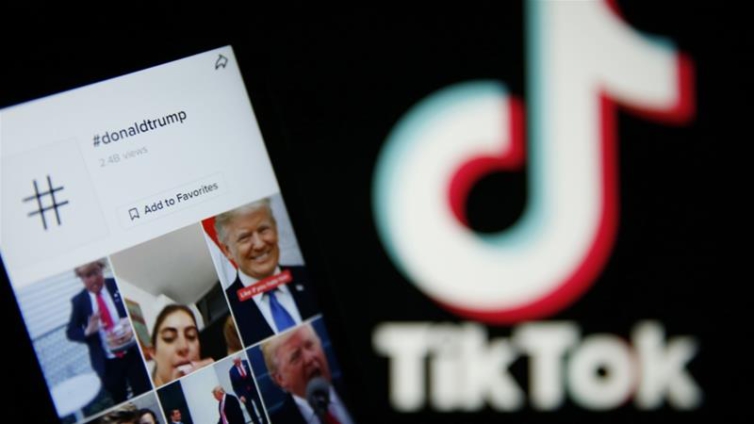 ByteDance was pressured into a deal to sell TikTok when US President Donald Trump threatened to ban the app in the US over national security concerns [File: Hollie Adams/Bloomberg]

China’s ByteDance says TikTok’s global business will become its subsidiary, even as Oracle Corp and Walmart Inc said recently that they and United States-based investors would own the majority of the video app following a deal with US President Donald Trump’s administration.

Trump signed an executive order on August 14 giving ByteDance 90 days to sell TikTok, citing concerns that the personal data of as many as 100 million Americans that use the app could be passed on to China’s government. On Saturday, he said he supported in principle a deal that would allow TikTok to continue to operate in the US.

Accounts of the deal differ. ByteDance said on Monday that it will own 80 percent of TikTok Global, a newly created US company that will own most of the app’s operations worldwide. Oracle and Walmart, which have agreed to take stakes in TikTok Global of 12.5 percent and 7.5 percent respectively, had said on Saturday that majority ownership of TikTok would be in American hands.

ByteDance said in its statement on Monday that it was a “rumour” that US investors would be TikTok Global’s majority owners. Oracle declined to comment on ByteDance’s statement, while Walmart did not respond to a request for comment.

Some sources close to the deal have sought to reconcile the discrepancy by pointing out that 41 percent of ByteDance is owned by US investors, so by counting this indirect ownership, TikTok Global would be majority owned by US parties. One of the sources said the deal with Oracle and Walmart values TikTok Global at more than $50bn.

TikTok also confirmed plans for an initial public offering of TikTok Global. The Beijing-based firm said TikTok Global’s board of directors will include ByteDance founder Zhang Yiming as well as Walmart’s chief executive Doug McMillon and current directors of ByteDance.

The current plan for TikTok Global does not involve any transfer of algorithms or technologies, and Oracle will be able to inspect TikTok US’s source code, ByteDance said. This is akin to US companies such as Microsoft Corp sharing their source code with Chinese technology experts, ByteDance added.

ByteDance also said a $5bn payment reportedly to be made to the US Treasury by TikTok Global is based on estimated income and other taxes the company will need to pay over the next few years and has nothing to do with the deal reached with Oracle and Walmart. Trump last week had said a $5bn US education fund would be created as part of the deal.

ByteDance was pressured into a deal to sell TikTok when Trump threatened to ban the app in the US over national security concerns. After Microsoft Corp made a proposal for a full buyout of the service, ByteDance instead turned to Oracle’s offering in which the Chinese parent will maintain a solid majority stake.

“I approved the deal in concept,” Trump told reporters Saturday as he left the White House for a campaign rally in Fayetteville, North Carolina. “If they get it done, that’s great. If they don’t, that’s OK too.”

TikTok has emerged as a top target in Trump’s effort to crack down on China ahead of the November 3 US presidential election. Tensions between Washington and Beijing are escalating as the Trump administration wages a campaign to contain the country’s technology ascendancy that has also ensnared Tencent Holdings Ltd, whose WeChat social media app faces a ban in the US.

“This is part of the broader technology decoupling of our two countries,” said Melissa Hathaway, president of Hathaway Global Strategies and an adviser to the Obama and Bush administrations. “We’re using our different rules or policies or authorities within our countries to drive that wedge, and forcing choices between our companies and its overall customer base, unfortunately.”

DISCLAIMER: The Views, Comments, Opinions, Contributions and Statements made by Readers and Contributors on this platform do not necessarily represent the views or policy of Multimedia Group Limited.
Tags:
ByteDance
China
TikTok
Trump
US investors