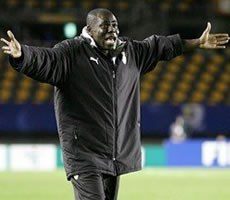 The camping allowances of the Ghana U20 team remain unpaid ever since they were first called into camp back in July.

The Black Satellites players have also not been handed their qualification bonus for progressing from their previous round of their qualifiers towards next year’s African Youth Championships at the expense of Sierra Leone.

The team failed to make good use of home advantage as they were held to a goalless draw by Gabon in the first leg of their ultimate qualifier played on Sunday in Accra.

Players of the side remain discontent which the treatment being meted them even though they shy away from stepping out to make their concerns public for fear of being thrown out of the team.

But GHANAsoccernet.com investigations has revealed an increasing subtle disquiet in Sellas Tetteh’s camp over their unpaid dues.

The players use their camping allowance to buy little stuff including mobile phone airtimes in order to communicate with their families, friends and loved ones.

They have however been deprived of this privilege since they joined the Ghana U20 camp back in July.

Their qualification bonus due them for their progress from the previous round of qualifiers have also not been paid despite several assurances from officials.

They were even promised payment of this bonus days leading to their disappointing draw with Gabon.

It is expected that officials will act fast to settle all these outstanding issues before the team emplanes for the crucial return encounter against Gabon in fortnight.

The Black Satellites need all the motivation they can get to ensure they go all out to secure the result against the very strong Gabonese team in their own backyard.

Ghana needs to avoid defeat at all cost or secure a scoring draw in order to qualify ahead of Gabon.

The team hopes to make a successive appearance at the AYC finals following their runner’s up feat last term in Libya.