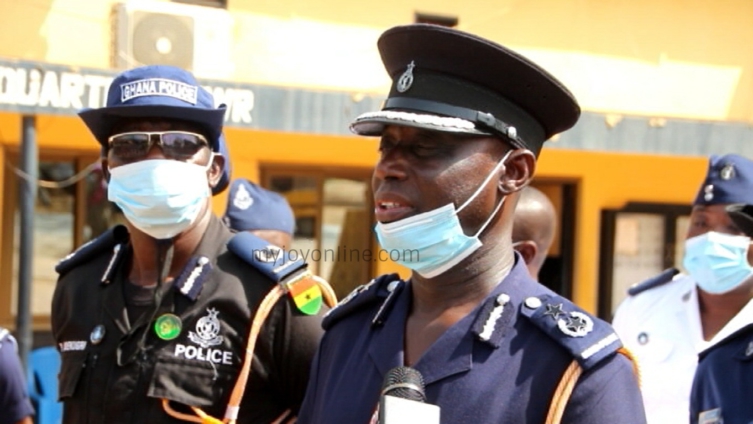 The Upper West Regional Police Command has organised a memorial parade in honour of personnel who lost their lives this year during the course of duty.

The event took place at the forecourt of the Upper West Regional Police Headquarters in Wa on Monday.

Reviewing Officer, the Regional Police Commander, DCOP Francis Aboagye-Nyarko, during an address to the 33-man parade, urged personnel of the Service to disallow the unfortunate incident from dampening their morale but rather propel them to do more in ensuring the safety of the region.

He also noted that the police administration will work tirelessly to ensure that officers on duty are properly protected.

“We want to reassure you that we are going to do all things possible to make sure that we sustain you anytime you go on duty.

“We appeal to you all to give up your best to support this dear region of ours, police the environment very well so that the miscreants will be nipped in the bud,” he said.

He also noted the need for better policing during the December 2020 Presidential and Parliamentary elections.

“The whole country looks up to us to police the environment professionally so that at the end, peace may prevail,” he said.

DISCLAIMER: The Views, Comments, Opinions, Contributions and Statements made by Readers and Contributors on this platform do not necessarily represent the views or policy of Multimedia Group Limited.
Tags:
DCOP Francis Aboagye Nyarko
Memorial Parade
Upper West Regional Police Command