US cancels assistance to Burundi over flawed election 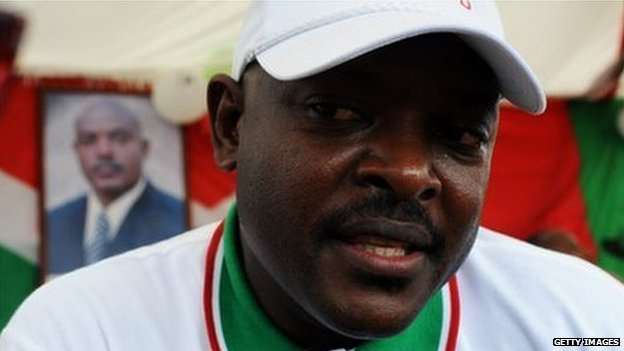 The United States says it is suspending some security assistance programs to Burundi because of abuses committed by police during political protests and the government's decision to proceed with what the U.S. says were "flawed" parliamentary elections.

The State Department said late Thursday that Burundian President Pierre Nkurunziza's decision to run for a third term in office "has resulted in dozens of deaths, the exodus of over 144,000 Burundians to neighboring countries, and a freefall for the Burundian economy.”

It said the government's decision to push ahead with June 29 parliamentary elections despite the "complete absence" of the necessary conditions for free and fair elections has "exacerbated an already dire situation." The State Department urged Burundi to heed numerous calls from the international community to delay the July 15 presidential election.

The U.S. called on President Nkurunziza to place the welfare of Burundi's citizens above his own political ambitions and participate in dialogue with the opposition to find a peaceful solution to the nation's political crisis.

The U.N. electoral observer mission said the elections took place "in a tense political crisis, and a climate of widespread fear and intimidation in parts of the country."

The opposition boycotted the parliamentary election.

President Pierre Nkurunziza's decision to run for a third term in office triggered a failed coup last month and continued criticism from those who say he is violating the two-term limit in the constitution.  Burundi's constitutional court has ruled he is eligible because he was first elected by parliament, not voters, in 2005.

Burundi has been locked in its worst political crisis since its civil war ended a decade ago.

The U.S. said in its statement that it is suspending all international law enforcement and anti-terrorism assistance training to Burundi's law enforcement agencies. It is also suspending training assistance for Burundi's military. And the State Department said Burundi's political violence and "lack of respect for the rule of law" will be taken into consideration when it reviews Burundi's eligibility for trade preferences.