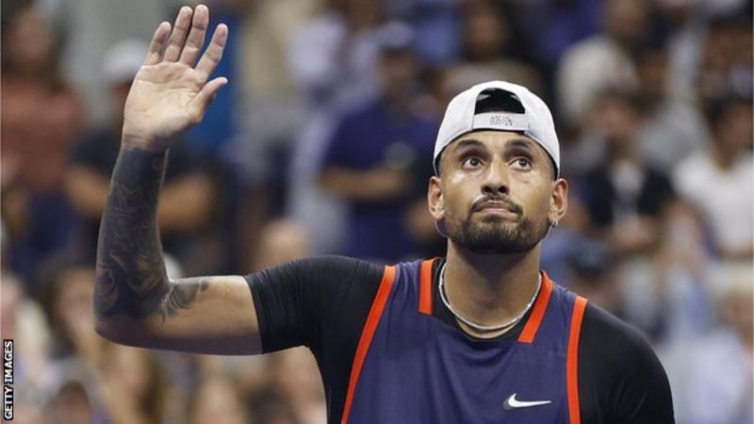 Nick Kyrgios ended Daniil Medvedev’s defence of the US Open title as he earned a thrilling four-set win on an entertaining night in New York.

Medvedev, 26, will lose his ranking as world number one after the defeat.

Wimbledon runner-up Kyrgios goes on to play another Russian, 27th seed Karen Khachanov, in the quarter-finals.

“It was an amazing match. Daniil is the defending champion and a lot of pressure on his shoulders, but I’ve been playing great recently,” said 23rd seed Kyrgios, who will move back into the world’s top 20 after the win.

“People were really starting to doubt my ability to pull out matches like this at majors. I’m really proud of myself because it hasn’t been easy dealing with all the criticism.”

Kyrgios has regularly demonstrated over the years he has the talent to win one of the major tournaments, but said he had been in some “really scary places mentally” which had stopped his progress.

Reaching the Wimbledon final, where he lost to Novak Djokovic, showed he had figured out what he needed to do on and off court to be successful.

His form has been transferred to the North American hard courts – winning the Washington title and now going further at Flushing Meadows than before.

“I just feel like I’m playing for a lot more than myself. I’ve got a lot of motivation in the back of my mind,” said Kyrgios.

“I’ve been away from home now for four months. My whole team has. We don’t get to see our family like other tennis players do the majority of time.

DISCLAIMER: The Views, Comments, Opinions, Contributions and Statements made by Readers and Contributors on this platform do not necessarily represent the views or policy of Multimedia Group Limited.
Tags:
US Open