Utility tariff increment is a ‘fraud’ on Ghanaians – PNC 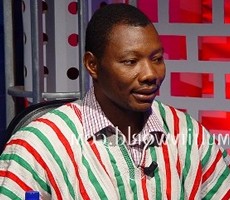 The People’s National Convention (PNC) has condemned the imposition of the 52% and 78.9% tariff increment on water and electricity respectively as a reckless and insensitive action by government and its agencies.

In a press release signed by the Party’s General Secretary,Bernard Mornah, the PNC said “over the years, these Utility companies have used the same argument to justify increment only to perpetuate gross inefficiency in their service delivery.”

The Party described the tariff increments which will take effect on October 1 as “a fraud on Ghanaians.”

The Public Utilities Regulatory Commission (PURC) on Wednesday September 25 announced the tariff increments which it indicated was, among other things, based on the need for the “provision of adequate revenue to ensure the financial viability of the utilities.”

But the PNC said “the untold hardships which this move will bring to bear on the lives of the average Ghanaian is unimaginable.”

They reminded the government of its social contract with the “the People” and urged that the upward review in water and electricity tariff be reversed immediately.

“Government and labour recently agreed on about 10% increase in wages only to be slapped in the face with this 70% plus tariff adjustment. The market woman whose son in Senior High is yet to settle school bills for this term and the farmer in Rural Ghana with the ward’s fees as a fresh Senior High entrant staring him in the face are very much distraught”, the PNC stated.

The Party says it will employ all means available to protect the supreme interest and advancement of the welfare of the market women, drivers, informal sector workers and Ghanaians as a whole.

“We shall not watch unconcerned”, the PNC emphasised.