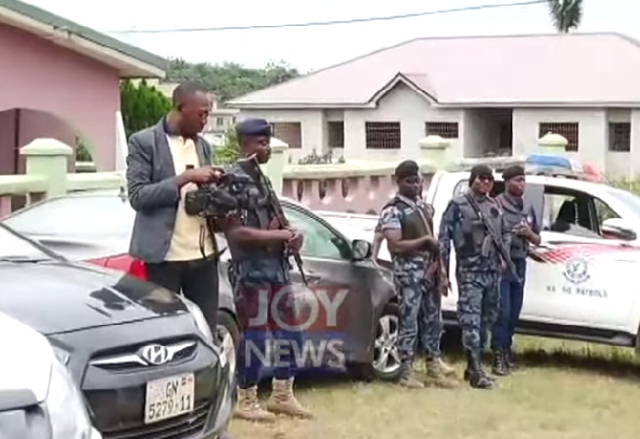 The police have met families of three missing Takoradi girls hours after it discovered human remains alleged to be those of the girls.

The purpose of the meeting is unclear as the media were not invited; Joy News’ Kojo Yankson reports from the home of Ruth Love Quayson, one of the missing girls Saturday.

Mantebea Koranchie, 15, Ruth Love Quayson, 18, and Priscilla Blessing Bentum, 21 have gone missing for nearly a year after they were reported kidnapped in the Takoradi metropolis.

The police Friday night made a major breakthrough in the investigation.

The prime suspect in the case, Samuel Odeotuk Wills, reportedly led police investigator to his former home at Kasaworodo in the Western region capital where some human remains were taken from a septic tank.

The police meeting is coming ahead of the promised police forensic audit to ascertain the identity of the body parts.