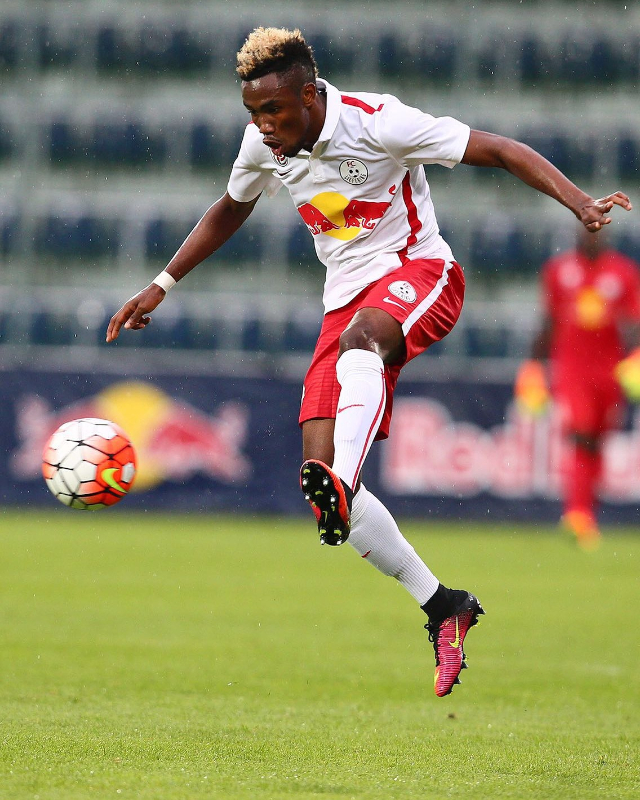 It was all joy for Black Stars winger, Samuel Tetteh, as he scored his third goal of the season in four games for Austrian side FC Liefering.

Black Stars coach Avram Grant was in the stadium to spy on the wonder kid and the young lad proved his worth, hammering in the winning goal in a home encounter against Floridsdorferac at the GRODIG STADIUM.

Grant was elated with the performance shown by the 20-year-old and congratulated him with smiles. Tetteh commenced the season making his debut against Eredevise side,Ajax Amsterdam in a friendly match and provided an assist.

Since then, he has shown his capabilities of playing in the Sky Goel Ersta liga by scoring three goals past Wiener Neustadt, Lask Linz and Floridsdorferac.

He has helped FC Liefering clinch top spot in the league with 12 points and recently got a call up/ promotion to train with the senior team, FC Eedbull Salzburg.

Tetteh hopes to get a call up to the Black stars when they take on Rwanda on the 2nd of September due to his wonderful performances in Austria.