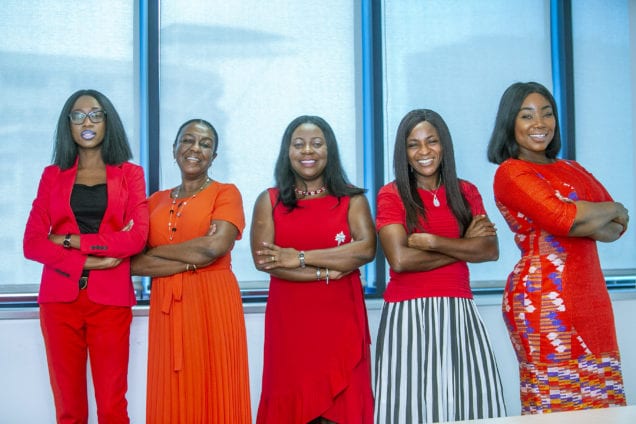 Vodafone Ghana continues to defy social perception against having women in senior management by demonstrating leadership in promoting gender equality.

Currently, females occupy five out of the nine key senior management positions within the business, led by the Chief Executive Officer, Patricia Obo-Nai.

Gender equality has a long-term impact on economic growth, and gender-balanced organisations perform better financially, according to research.

However, women are still under-represented at every level in business, across the world and particularly in Africa. This gap is even widened at the senior management level and in the boardroom.

Commenting on Vodafone’s approach to gender equality, the Vodafone Ghana CEO said, “At Vodafone, we believe in ‘Inclusion for All’, which is one of the key pillars of our Purpose-Led Agenda and this is embedded in everything we do.

“Our approach to gender equality has achieved an extraordinary feat that few organisations have in the country and across the world.

“We have indeed proven that our commitment to offering equal opportunities to everybody, irrespective of gender, race, colour, religion, disability, ethnicity or age is not mere rhetoric.’’

The telecommunications giant also places a specific focus on increasing the proportion of women in technology roles and has introduced a number of initiatives to achieve this.

These include ’Female Engineering Students Sponsorship Programme’ (FESSP), which empowers and gives young female Engineering students from various Universities an opportunity to join the organisation to realise their dream of becoming leaders in their chosen careers.

Other initiatives include a generous four-month maternity leave policy for staff as well as Reconnect, a programme that focuses on hiring women who have been out of the workplace due to various reasons to transition back.

Vodafone Ghana has been globally recognised for its numerous initiatives to promote equality. At the EU-Africa Women summit in 2018, Vodafone Ghana won the enviable Africa Impact Leadership Award for “Best Company in women’s economic empowerment”.

Globally, Vodafone’s ambition is to become the world’s best employer for women by 2025.

Vodafone was named one of the top companies leading the way towards more inclusive workplaces in the 2019 Bloomberg Gender-Equality Index.

Vodafone was scored between 82% and 100% across several categories, including gender employment statistics, employee policies, company products and company-community engagement.

DISCLAIMER: The Views, Comments, Opinions, Contributions and Statements made by Readers and Contributors on this platform do not necessarily represent the views or policy of Multimedia Group Limited.
Tags:
Gender diversity
Patricia Obo-Nai.
Vodafone Ghana