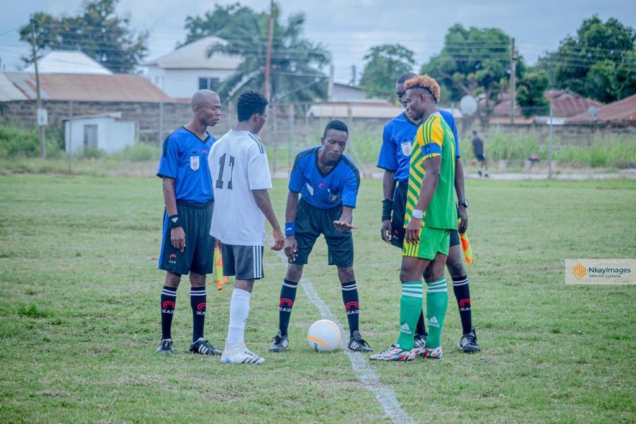 The Volta Region Division Two Middle League has taken off with 8 teams battling for a spot to represent the region in the National Division One League.

The teams have been divided into two groups, with each team playing 3 matches. Group leaders at the end of the matches would play in the final game for the Division One spot.

The Ho Sports Stadium would host the majority of the games while the last group matches would be played simultaneously at the Stadium and the 66 Artillery park.

The opening game saw Young Desert Warriors defeat Vora SC in their backyard, with a goal to nil, putting them atop the group.

Roberto FC shared the spoils with Agbogba FC in the second game which saw a display of wonderful football tactics from both teams.

The Middle League had generated a great euphoria among football enthusiasts and residents across the Volta Region.

The Volta Regional Football Association Chairman, Agboka Daniel, said this was an improvement from last year with the association poised to implement policies to ensure expectations are met.

He detailed that efforts have been made to raise the standards of clubs, “by giving technical and administrative advice to managers”.

He said plans are being exploited to expose players in the region to scouts and teams both in Ghana and the outside world, “so they can attract attention to the region – which has great potential when it comes to players.”

He disclosed that the winner of the Division Two Middle League would take home a trophy and GhC2,000 cash prize, and ultimately play in the National Division One League.

“We are considering adding some logistics later to the winning package”, he added.