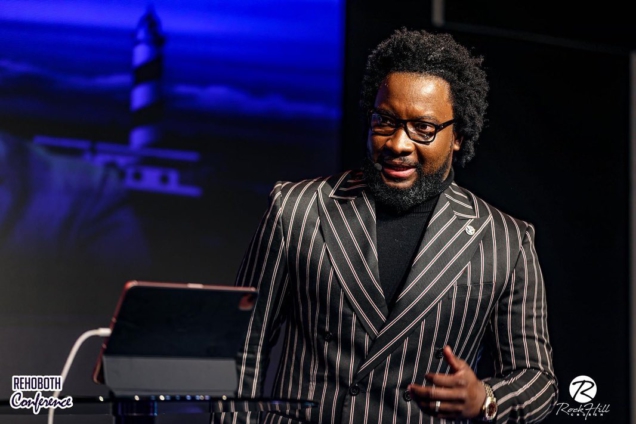 Gospel musician Sonnie Badu has advised people to leave their marriages if their partners are abusive.

He was reacting to the death of fellow gospel artiste Osinachi Nwachukwu who allegedly died from being abused by her husband.

In a post on Instagram, Sonnie Badu revealed that it is important for a person to walk away from an abusive home so they and their partners could seek help.

He believes that any man of God who counsels people to stay in an abusive marriage has a mental health problem.

“I heard it was domestic violence. Listen and listen well: if you carry destiny as a man or a woman and you get abused domestically by the man or verbally and even sometimes violently by the woman, please walk out and let him or her seek help. May her soul rest in peace.”

In another post, Sonnie Badu prayed Osinachi finds rest in the afterlife, adding that the singer made her mark in the world.

Osinachi Nwachukwu passed away on Friday, April 8, at a hospital in Abuja.

The musician, known for her hit song ‘Ekwueme’ reportedly passed away after she was abused by her husband.

In an interview with Vanguard Nigeria, the elder sister of the late singer said the singer died as a result of a cluster of blood in her chest after she was kicked in the area by her husband, Mr. Peter Nwachukwu.

Meanwhile, in an interview with Daily Post, Police in Abuja revealed that Osinachi’s husband Peter Nwachukwu has been arrested.

The arrest was made after a family member lodged a complaint.

DISCLAIMER: The Views, Comments, Opinions, Contributions and Statements made by Readers and Contributors on this platform do not necessarily represent the views or policy of Multimedia Group Limited.
Tags:
Sonnie Badu