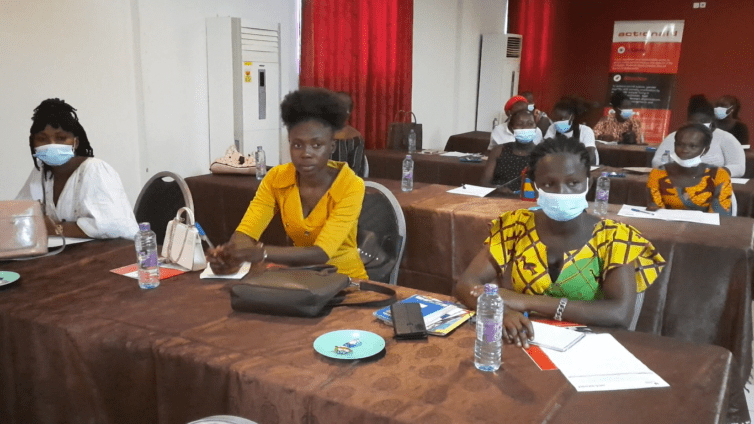 ActionAid Ghana and Young Urban Women Movement have urged the government to walk the talk and finally seek the ratification of the International Labour Organization’s Convention 190 (ILO C190).

The groups noted that when ratified, the C190 is expected to eliminate violence and harassment at all workspaces.

The ILO adopted the Violence and Harassment Convention during its 108th session on June 21, 2019, where it recognized that violence and harassment in the world of work constitute human rights violations and a threat to equal opportunities.

And the member countries, including Ghana, are expected to ratify and implement it, but that is yet to happen even after two years.

The Women’s Rights and Campaign Manager at ActionAid, Margaret Brew-Ward, said authorities continue to say they are committed to ratifying the convention anytime advocates engage them on it.

She spoke to Joy News on the sidelines of a dialogue with influential and religious leaders on promoting decent work for young people through the ratification of the ILO C190.

“We need to walk the talk and put it into action if we say we are committed. That is the only assurance. It is enough lip service. It is time to ratify the convention”, she demanded.

She insisted that once C190 is ratified, it affords the necessary laws and measures to be put in place to protect vulnerable workers, especially those in the informal workspaces.

“We have enough data in the country. We have evidence and testimonies from young women with their experiences in the world of work. Actionaid has research from the informal sector to back the need for ratification.

“We have done a legal analysis of the legislative framework on the C190 and have identified the gaps, copies have been given to the Labour Relations Ministry and the Attorney General’s office, and we are at a point where we can’t hold back anymore. It needs to be ratified”, she stressed.

Madam Brew-Ward asserted their resolve to continue to advocate and engage the ministry until the issue is addressed.

A Bono Regional Labour Department representative, Dominic Kwaku Twum, stated that gender-based violence is not explicitly defined through the current labour law that deals with harassment.

He believes if the C190 is ratified, it will supplement the existing laws to bring sanity to the work environment.

Kwaku Twum, however, said that having the laws in the books alone is not enough. Still, key stakeholders’ resources and commitment, especially the government, would ensure successful implementations.

Kuburah Yakubu is the chairperson of the Young Urban Women Movement, Bono Regional chapter. She admitted to the many harassments that go on at the workplace.

The realization, she said, is that the worst affected are the youth and the vulnerable; therefore, ratification of the convention is critical to ensure free, fair, and equal movement at the workplace.

According to the Ghana Living Standards Survey round seven (GLSS7, 2019), while the national unemployment rate is 8.4%, the rate for young people stands at 12.6%, far higher than the national average.

This, according to the Bono Regional Program Manager-ActionAid, Tontie Binado, makes the unemployment situation in the country precarious and a breeding ground for abuses, exploitation, harassment, and violence, most especially targeted at women and youth.

He said that explains ActionAid’s mobilization of young people, including the Young Urban Women Movement and Activista, to advocate for appropriate policy and actions to protect and ensure decent work conditions for all.

Mr Binado believes with solidarity from all well-meaning people; the advocacy could lead to a meaningful and sustainable change.

The ILO captures decent work as the aspirations of people in their working lives.

This involves opportunities for work that is productive and delivers a fair income, security in the workplace and social protection for families, better prospects for personal development and social integration, freedom for people to express their concerns, organize and participate in the decisions that affect their lives and equality of opportunity and treatment for all women and men.