Pupils are being told to remove watches from their wrists before taking GCSE and A-level exams, to combat cheating.

In most cases, students are being told to place the timepieces on their desks, but invigilators can demand they are left outside of the exam hall.

The new rule was introduced to prevent pupils trying to pass off smartwatches – which have long been banned – as normal ones.

The regulation was announced by the Joint Council for Qualifications (JCQ) in an online guide published last July but was first reported this week by the Gloucestershire Live news site.

The rule is also intended to prevent examinees trying to smuggle in notes folded up and placed under normal watch faces.

Some work by pressing a button to replace a graphical representation of a watch face with uploaded text, but others have no digital display and work by playing audio to a small earpiece via a Bluetooth connection. 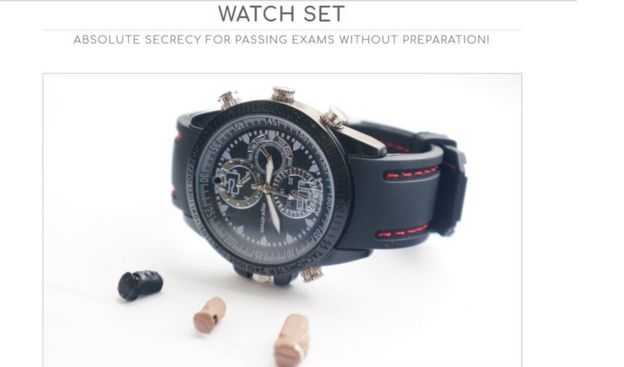 But the JCQ's move means that most school students sitting exams in England, Wales and Northern Ireland are now affected.

Although some of the JCQ's members award Scottish Highers, those exams are not covered by the change.”‹

A spokesman for the organisation told the BBC that it had published a video earlier this week to provide pupils with more information.