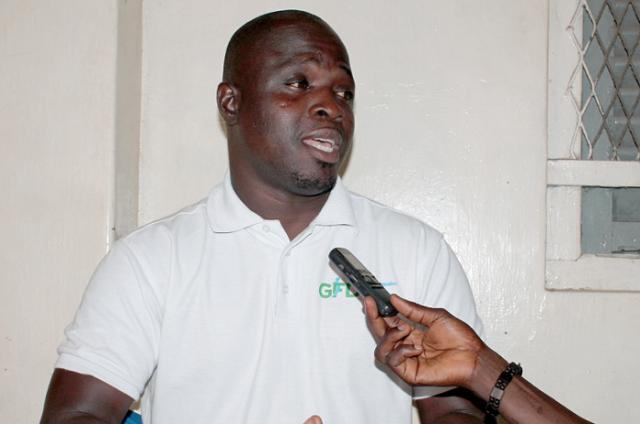 Oti Regional Minister, Joshua Makubu has assured residents of the Krachi West Municipality that more boreholes will be constructed to deal with the water crisis currently being faced in the community.

This comes after several reports on Joy News from communities in some parts of the country with some residents having to compete with livestock for water.

So far, residents in about five communities in the region that have been affected say the boreholes provided are insufficient to address their needs as some are no longer operational while others offer erratic water supply.

Speaking on the AM Show Wednesday, Joshua Makubu said efforts are being made for additional boreholes to be installed in order to curb the problem.

“The good news is that, as I speak with you, Aqua Africa is coming in with a facility that will refurbish the water system in Nkwanta North and even expand it beyond Kpasa and parts of Damango,” the Regional Minister said.

He noted that at the moment, water is supplied up to Damango, leaving out Sibi and Kpasa, because instead of four pumps – two at the treatment side and two at the supply side – we have only two that are working.”

According to him, a robust water system, where water was treated from River Oti and pumped through Damango, Sebi Tekokra, and Kpasa was created and handed over to the community members in 2008 but had maintenance problems.

“Somewhere along the line, we got the information that the level of indebtedness and maintenance was a problem. Then we had to bring in a private investor who also came in but didn’t have the capacity and ended up messing up the whole place and now Ghana Water and Sanitation Agency has taken over.”

The Regional Minister further stated that the community members had indicated that they were not going to accept surface water, “and that was making it difficult for the Community Water and Sanitation Agency to expand, add additional boreholes to be able to supply water” until now.

Meanwhile, to mitigate the current situation, Mr Makubu revealed, “I just spoke with the CEO about a week ago and the agreement was that they will get one additional pump to be fixed so that in the short time, water can be pumped up to Sibi so that the problem in Sibi in the meantime can be resolved.”

He explained that the surface water project is a medium-term plan to ensure the residents in those communities have access to water.

“With that, they will be able to supply water to the entire Krachi West township for the meantime while we look for an investor who has already expressed interest in getting the surface water project done where he will pay for some number of years and hand over,” he told host, Benjamin Akakpo.