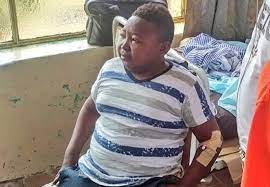 Kumawood actor Joseph Osei, popularly known as Wayoosi, has said he was pessimistic about surviving the kidney disease he suffered.

In 2016, news broke that Wayoosi was battling a kidney disease.

According to him, at the time, he was told both kidneys were not functioning properly and had to be put on dialysis.

In an interview on Pure FM, Wayoosi stated that because he did not want his family to struggle financially to pay his medical bills, coupled with the pain he was going through, he prayed to God to take his life.

The actor revealed that he had to be put on dialysis three times every week. He added that one dialysis costs GH¢1,000 at the time, thus he paid GH¢3000 every week.

Wayoosi noted that he doubted if he could make it considering the kind of help he needed to survive.

He revealed that he woke up from coma to see Lord Kenya praying for him by his bed. The actor said he was then in a ward where doctors did not allow visitors.

So, he was surprised to see the Hiplife artiste turned man of God praying for him.

Wayoosi added that Lord Kenya told him he would live to share his testimony with the world.

The actor said he was grateful but the dialysis continued for a while until his doctor decided to discharge him.

Wayoosi stated that he was discharged when he had not fully recovered and still needed assistance to do basic things like using the washroom. However, the doctors after examining him felt what was need was for him to religiously take his medications.

But shortly after the news about Wayoosi falling ill went viral, there were reports that the actor had passed.

Some of his colleagues, including Bill Asamoah, debunked the claims.

Reacting to the death hoax, Wayoosi revealed that because of his popularity, many people attempted to visit him at the ward when he was admitted at the Komfo Anokye Teaching Hospital.

According to him, the doctors and nurses devised a way to shield him from the public eye by putting a curtain around his bed. As a result, people who did not see him on the ward thought he had passed on.