Wetlands are not waste lands – EPA 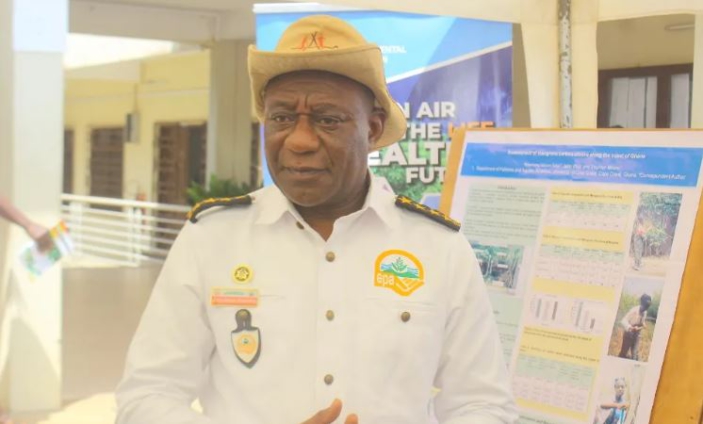 The Environmental Protection Agency (EPA) has cautioned the continuous devastation of wetlands in the country for development and settlements.

It cautioned that wetlands were not waste lands as assumed by encroachers, but an important resource of the ecosystem which provided support for environmental systems.

Dr Henry Kwabena Kokofu, the Executive Director of EPA, speaking on the side-lines of the third National Forum on Biosphere Reserves, therefore, warned that the continuous destruction of wetlands in the country would have dire ramifications for the country’s existence.

He explained that such areas were not only homes for some endangered species but also, buffers for potentially destructive excess water from rains and other sources.

Ghana is currently dealing with heavy floods in some parts of the country which have claimed many lives and destroyed property running into millions of Cedis.

The situation has been attributed to building in watercourses and wetlands, including Ramsar sites by encroachers and compounded by climate change.

To mitigate the phenomenon, the Lands Ministry and the Greater Accra Regional Security Council, for instance, have begun a demolition exercise to tear down all buildings raised on waterways at the Sakumono Ramsar site.

Dr Kokofu partly blamed the country’s “complicated” land tenure system for the mess and assured that government was making efforts to realign the system by engaging traditional authorities.

He said although the demolition of all structures on wetlands would have been ideal,  the legal ramifications considering the land tenure system were a disincentive.

He revealed that the EPA had been able to reclaim some wetlands at Sakumono where coconut trees had been planted and was under security protection.

The EPA boss observed that the rationale behind many laws and conventions the country adopted to protect such facilities were not explained to the people, for which reason they considered them imported ideas and resisted same.

“At this day and dawn where the awareness is fully catching up on us, we cannot run away from the menace of the destruction of our environment particularly these wetlands. We have to face it head-on,” he said.

“The internationalisation of it indicates that, the entire globe is in distress and so, we are all fighting together to stop some of the negativities,” he added.

Touching on illegal mining, he said the impact was dire on the environment and that government was working hard to reverse the trend.

“We need the support of the entire citizenry, particularly the media to support the fight. I know it will not be an easy battle but we will surely win it.

“We need to return the state of the environment to normalcy, and regulate the use of the natural resources,” he stressed.

The National Forum on Biosphere Reserves also marked the maiden International Day for Biosphere Reserves, which urged all stakeholders to renew their commitments to helping Ghana achieve the Sustainable Development Goals, especially through partnerships.

The twin event which assembled a host of diverse stakeholders at the University of Cape Coast was held on theme: “Biosphere Reserves and Ecosystem restoring – blue economy to the rescue”.

DISCLAIMER: The Views, Comments, Opinions, Contributions and Statements made by Readers and Contributors on this platform do not necessarily represent the views or policy of Multimedia Group Limited.
Tags:
Environmental Protection Agency
EPA