What does Mfantsipim stand for as a brand? 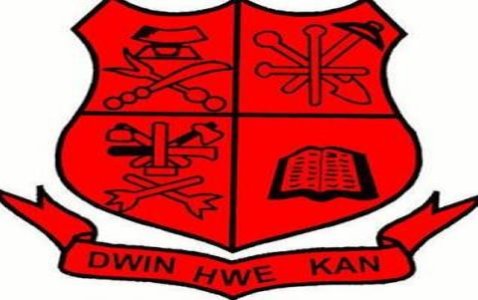 Over the last century and more, Mfantsipim as a brand has meant several things to many depending on where one is coming from and or where one intends to go. What then are the attributes of the Mfantsipim brand; or better still what are the qualities of life that are ingrained in each and every student who passes through the School; what is our heritage, or the inheritance bequeathed to us as old boys?

In defining these attributes, we will need to refer to the School Anthem, School Song, History of the School, the objectives for the establishment of Mfantsipim, the Motto of the School, the Culture of the School; as well as the Vision and Mission of the School amongst others, to identify those qualities that the Founding Fathers desired each and every student to imbibe by graduation to serve as his character.

It is important at this point to quote Sir Gordon Hadow, a former Deputy Governor of Ghana who worked with old boys from all the secondary schools in the country, in the Civil Service, who in a speech delivered in November 1956 on the occasion of the Mfantsipim Speech Day, stated inter alia:-

“…A certain qualities which those (i.e. Old Boys of Mfantsipim) have in common in greater or less degree.

“It is basically the capacity to apply one’s mind objectively to the great variety of problems one meets in life, both at work and at home. It is essentially a taught capacity, not an innate or natural flair – a capacity which has been gained the hard way, by strenuous and continuous endeavour at the school desk. The fortunate man who has acquired it takes each problem as it comes; examines it coolly, with the emotions kept carefully under control; sets aside all irrelevances; and reaches his conclusion by an orderly process of thought.

“Having reached his conclusion about a particular problem, the possessor of this quality may, and often does, find the conclusion distasteful. He does not, however, abandon it on this account. On the contrary, however distasteful it may be, he does not flinch from facing it, nor does he pretend to himself that the process of thought has in fact led him to some different and more acceptable conclusion.

“Having swallowed what may often be an unpalatable conclusion, the individual forms a considered judgement of his part in the situation and proceeds to take action in accordance with the dictates of his own conscience.

“The quality then which I have seemed to detect in my Mfantsipim acquaintances is compounded of mental discipline, mental honesty, and moral courage. This is a rare and formidable combination. It is rare in every country in the world and I will not be so disingenuous as to suggest that every boy who passes through Mfantsipim automatically becomes imbued with it. But I will and do suggest that all of you here at Mfantsipim have access to this quality, and that it is up to you whether you claim it as your own or not.

“Your school has produced many leaders, and if society at large has recognized them as such, then in all probability, society has noted in them a capacity for service; for capacity for service is a precondition of leadership. I wholeheartedly believe that there is great need in the world for leadership which has graduated through service and is mentally and morally equipped as I have described. Someone has said that ‘the men who move the world are the men whom the world cannot move’. He doubtless had in mind the sort of character of which I have been speaking and would, I venture to think, have felt very much at home, with the founding fathers of Mfantsipim. He would have rejoiced, as I do, that they had so well-prepared the Mfantsipim soil in which these characteristics can freely be cultivated, to the lasting benefit of the community as a whole.”

Bartels’ own comments on these words were:

“To have had a part in building a school which could earn such a comment, to have shared in guiding it through days of difficulty, in giving it a place in the affection of the people, and in making it a centre of Christian education and influence – that was the privilege of the Methodist Church in England and in Ghana.”

The Aborigines’ Rights Protection Society, whose formation was the result of the beginnings of the nationalist movement of 1880s, had as one of its principal objectives – protection of the rights of the aborigines of the Gold Coast at all times by constitutional methods. Thus, they also saw the School as a vehicle to ‘foster in the rising generations a knowledge of their historical past and to encourage the study of the laws, customs and constitutions of their country, to promote a sound national educational policy with particular attention to agriculture, scientific and industrial training and generally to facilitate the spread of industry and thrift in the whole country.’

We should expect to see any numbers of many qualities visible in the character of a person who graduates from Mfantsipim, irrespective of whether he spends three, four, five, or seven years in the School before passing into the world outside.

What then is Mfantsipim all about – its ethos?:-

Ø    Mfantsipim has never been about the present but the future to build just, fair society of shared values and destinies;

Ø    Mfantsipim is more than about pursuing academic excellence but about advancing humanities, vocation, science, technology and innovation to stretch the frontiers for emancipation of Ghanaians and Africans;

Ø    Mfantsipim is more than just about academics, but an apprenticeship institution, preparing her students for life of service and distinction – in academic matters, character, comportment and behaviour to produce some of the most distinguished gentlemen in practically every walk of life;

Ø    Mfantsipim is about strict discipline, religious training, insistence on excellence, one’s own principled and courageous stand on issues, and dedicated patriotism;

Ø    Mfantsipim is about living a spirit of service, courage, standing up for one’s convictions, loyalty, honesty, and integrity for both students and staff – or what is known as the Lockhart Character or Spirit;

Ø    Mfantsipim is about exemplary life for humanity through selfless, purpose-driven, and visionary leadership for societal transformation at all levels of human lives;

Ø    Mfantsipim is about mental discipline, mental honesty and moral courage – and the inculcation of rare character traits in all for the ultimate benefit of society and humanity;

Ø    Mfantsipim is about educated and cultured gentlemen with trained intellect, sharpened critical faculties, and a sense of curiosity, originality and initiative which has enabled them to accept and cope with the challenges thrown by the Ghanaian society and globalization that are undergoing such rapid, revolutionary change ever since the foundation of the School;

Ø    Mfantsipim is about a philosophy and way of life, values and ethics;

Ø    Mfantsipim is about living a fulfilled life to the full, irrespective of vocation, career and profession;

Ø    Mfantsipim is about being wise and statesmanlike in public life, loyal in friendship, industrious and honest in business, and the character of a perfect Christian gentlemen in varied spheres of life;

Ø    Mfantsipim is about thoughtfulness and foresight in every human endeavour;

Ø    Mfantsipim is about never missing any of its public functions and active participation in all efforts to enhance its brand and develop the School;

Ø    Mfantsipim is about a truly national institution as its Founders had originally envisaged, where every tribe finds expression and equal opportunity to develop;

Ø    Mfantsipim is about every student having a knowledge of arts and crafts as a HOBBY to enrich his life in such areas as handicrafts, carpentry, weaving, agriculture, mechanical engineering, shorthand & typing, music – instrument playing, bookbinding, practical surveying, cobbling, tailoring, and basketry & raffia weaving;

Ø     Mfantsipim is about standing up and defending the rights of the defenseless, exploited and under-privileged;

Ø    Mfantsipim is about practical, innovative, and ingenious problem-solving approach to all manner of issues;

Ø    Mfantsipim is about fearlessness, humility and boldness: raising men of valour and virtue in every sphere of human endeavour, from archaeology to zoology; and from every community through districts to national and global village – all owing allegiance to this School;

Ø    Mfantsipim is about men of exploits who confound their generations and the next, bold enough to face the problems of their own continent;

Ø    Mfantsipim is about developing a religious and disciplined life;

Ø    Mfantsipim is not about tribes but a nation and continent in unity, offering equal opportunities to all;

Ø    Mfantsipim is about shaping the thoughts, vision and energies of men of destiny in every community, nation, African continent and the global through their unique contributions to enhance human life;

Ø    Mfantsipim is about the realization that the African was not racially inferior but is intellectually as good and even better than the white man, given the same opportunities and conditions despite his so-called cephalic index – that in 1935, whilst the Pass List in England at Cambridge Examinations was 61%, in Mfantsipim it was 85% and about education for confidence;

Ø    Mfantsipim is about re-dedication and continuous pledging of allegiance to the School at every function and event through the singing of the School Anthem to start and to end all such gatherings;

Ø    Mfantsipim is about developing the right spirit of sportsmanship – creating a healthy, keen, competitive spirit, teamwork, rule of law; cohesion and focus of purpose in its products through sports and exercise; and even as it provides amusement;

Ø    Mfantsipim is about future leaders of this nation and continent in character and thought, in energy, initiative and resourcefulness;

Ø    Mfantsipim is about FAITHFULNESS and LOYALTY above all else; and

Ø    Mfantsipim is about men of hope and aspirations, driven to meet specific needs of humanity and fulfill dreams and prophesies of her founding fathers through creativity and innovation; and by that assure and lead their communities to believe in themselves and begin to dream again.

To sum up is a quote from Prof. A. Adu Boahen who in his “Mfantsipim And The Making Of Ghana” book, written to commemorate the centenary celebrations of the School in 1976, stated:-

“But it is a greater privilege still to be an Old Boy of such a school and it is an onus on all Old Boys to help the School continue to live up to its traditions, its achievements and its reputation, and to make even greater contributions still to the development of our country. Above all, we should always be mindful of and live up to the motto of the School: DWEN HWE KAN.”

This critique of ‘What Does Mfantsipim Stand For As A Brand?’ should in the words of Sir Gordon Hadow be all the qualities, traits and attributes that are available and, or, accessible to every boy who passes through Mfantsipim School. It is therefore up to each and every boy, old or current, either to claim them as his own or not.