Why I concealed my son for 3 years – KiDi explains 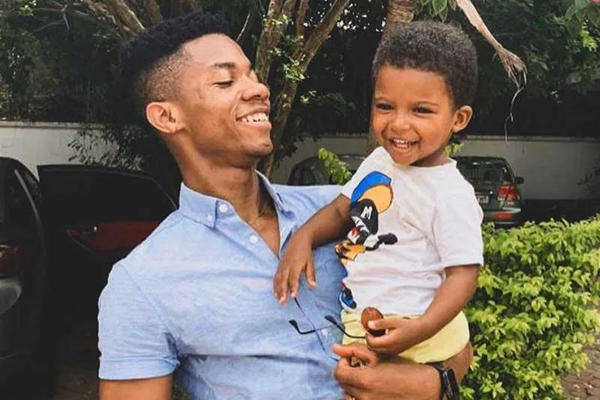 Highlife musician, Dennis Nana Dwamena, popularly known as KiDi, has revealed why he kept his son out of the public space for three years.

He indicated that he kept this part of his life out of the public’s eye because he was not mentally ready for judgmental Ghanaians.

Speaking on 3FM, the highlife singer revealed he bore his child, Zane Nana Boadi  Dwamena, when he was 23 years, however, he feared his private life would be the talk of the town.

KiDi with his son Zane

To him, the African mentality surrounding young parents convinced him to keep his son in the wraps but believes he is now matured enough to handle public criticisms

KiDi added that he feared public criticisms would break him if the news of him not being together with his baby’s mother got out.

“This explains why I always have a ‘Z’ in my hair anytime I cut my hair. We are trying to have that Jay Z and Beyonce level of secrecy,” he revealed.

KiDi let the cat out of the bag when he posted a photo of his son on Instagram on Thursday, November 28, to celebrate his third birthday.

DISCLAIMER: The Views, Comments, Opinions, Contributions and Statements made by Readers and Contributors on this platform do not necessarily represent the views or policy of Multimedia Group Limited.
Tags:
3FM
Dennis Nana Dwamena
KiDi