Wi-Flix aims to release 20 Original Titles by end of 2022 as it launches new campaign in Ghana - MyJoyOnline.com 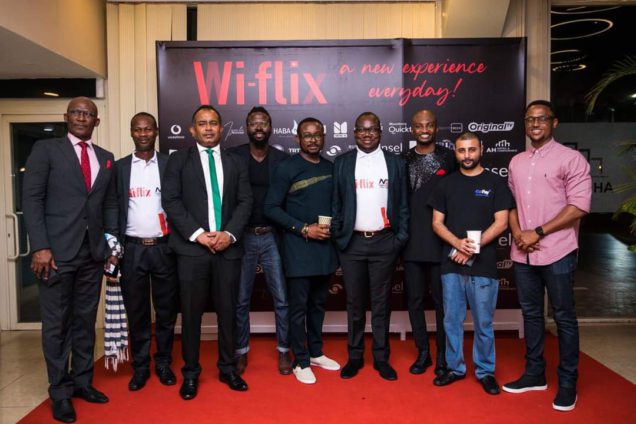 Wi-Flix, one of Africa’s fastest-growing entertainment streaming platforms has announced that it plans to release 20 titles of Wi-Flix Originals by end of 2022.

This was announced at an exquisite event held recently in Accra where the streaming platform hosted content developers, producers, creatives, actors and actresses in Ghana to a night of pomp and colour as it launched its revamped platform and new marketing campaign.

Wi-Flix is an African-based live streaming and subscriber video on demand provider offering authentic, originally African, and international content to subscribers in Africa and the diaspora.

In addition, the streaming platform aims to expand into other African markets including but not limited to Tanzania, Ethiopia and Mauritius by the end of 2022.

Speaking at the ceremony, Wi-Flix Co-founder & Chief Commercial Officer, Louis Manu said that among its key milestones after the colourful outdooring is to help the young filmmakers on its platform to generate an average of 1,000 USD month on month revenue on W-Flix by the end of 2022.

“Wi-Flix was birthed with the sole aim of ensuring that African stories are distributed widely across the continent and beyond and our ambition is to have at least 2 Million customers by the end of 2022 on Wi-Flix enjoying the great content that African filmmakers develop. This would, in turn, translate to the creation of some 15,000 decent jobs by end of 2022 which will boost youth employment”, noted Louis.

Congratulating Wi-Flix on its launch, Mr. Samuel Ofori-Gyampoh, Jospong ICT Group Chief Operating Officer said that the outdooring of Wi-Flix will increase the diversity and volume of exciting African entertainment content that is available to its subscribers.

“The Jospong Group is fully behind Wi-Flix and its journey to democratize content delivery and it will lend all the support and investments needed to grow in this space because as it grows, our content developers will also grow and the industry at large”, added Mr. Ofori-Gyampoh.

Wi-Flix offers premium content at an affordable price point and currently has over 30,000 hours of content which comprises of Exclusive Movies, Series, and Kids Content. Wi-Flix creates excitement anywhere, anytime.

Wi-Flix also recently signed a Partnership Agreement with Ignite Media Group and technology firm Nerasol where Ignite Media Group that operates Metro TV, Original TV and Original FM will co-create viewing content for the Wi-Flix platform while Nerasol will integrate an additional payment solution for Wi-Flix services and promote it on its available digital channels.

To enjoy the Wi-Flix service, simply visit www.wi-flix.com to sign up and select your preferred subscription, make payments seamlessly and access over 30,000hours of great content.