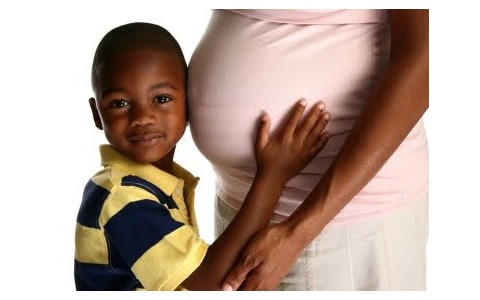 We all know them: Women who sail through their nine months loving every minute, full of the promise of the new life they carry within.

What’s with the rest of us?

It turns out that a host of factors – biological, psychological, and social – can trip up women on their way to delivery day. “People think you feel wonderful and special and euphoric,” says Leslie Hartley Gise, M.D., a clinical professor of psychiatry at the University of Hawaii. “But pregnant women can become depressed or anxious, too.”

Minefields can range from the stresses of work, to the monumental things happening to your body, to the worry over the life changes that come with bringing a child into the world.

The best lines of defense against pregnancy’s blues? “If you work, try to find a balance between the pressures of your job and your physical and emotional needs,” says Dr. Gise. Slow down when you need to. As your due date approaches, can you work at home one or two days a week? Equally crucial: Find someone to lean on. Your partner, friends, or family members – even acquaintances from childbirth class – can provide support. Also, says Dr. Gise, “now and after the baby arrives, stay involved in other important areas of your life – interests, hobbies, work – to help you keep a part of yourself separate, just for you.”

You might, but you could have totally unexpected yearnings, too. Normally a chocoholic, I was certain that pregnancy would make me wolf down everything from super-fudge ice cream to chocolate croissants. But it was fruits and salads in one pregnancy, and starchy foods like bagels and muffins in the next.

Cravings tend to vary with each pregnancy, and sometimes even week to week or day to day. Before Amy Rodriguez became pregnant, she never ate sandwiches or white bread, and considered herself a healthy eater. But the first time she was expecting, says the Cypress, CA, mother of three, “I’d eat tuna melts at every meal for a week, then move on to something else, like ham-on-white sandwiches and chips.”

“Most cravings are harmless in terms of your health, although they’re not always good for weight gain,” says Richard Henderson, M.D., an obstetrician-gynecologist at St. Francis Hospital, in Wilmington, DE. If you’re gaining in line with your doctor’s recommendation, he says, and you’re getting enough calcium and fruits and vegetables, don’t worry about indulging – in moderation.

Myth: Queasiness will end with the first trimester

“Morning sickness lasted well into my second trimester,” says Susannah Hunnewell, an editor in New York City, whose obstetrician, friends, and pregnancy books said it would be gone by then. “It’s the feeling of helplessness that really got to me. You just have to wait for it to go away.”

And morning sickness doesn’t happen only in the morning; it can strike at any time of day or night. It’s known as morning sickness because an empty stomach can lead to queasiness, and your stomach is usually empty when you wake up.

It may help you feel better – at least mentally – to know that nausea and vomiting are often signs of a healthy pregnancy, says Sharon Phelan, M.D., associate professor of obstetrics and gynecology at the University of Alabama, in Birmingham. They indicate high levels of human chorionic gonadotropin (hCG), a hormone produced by the placenta that keeps a pregnancy on course.

“The hCG levels peak between 8 and 12 weeks,” says Tekoa King, a certified nurse-midwife and assistant professor of obstetrics at the University of California, San Francisco. This explains why many morning sickness sufferers find relief after the first trimester. Of pregnant women, roughly 50 to 75 percent experience nausea and vomiting, “but we don’t know why some feel the effects of hCG more than others or for longer than others,” says King.

The worst of it? The sympathy factor is inversely proportional to the length of time you suffer, as if your statute of limitations runs out by week 14. “Someone even asked me if I was a hypochondriac,” says Hunnewell.

To ease queasiness until it runs its course, avoid odors or foods that trigger it; munch on high-carbo snacks like pretzels; chew gum; or suck on a mint, half a lemon, or ice chips.

Myth: Your skin will glow Gestation is a time of growth

All the hormones produced by our blossoming bodies are hell-bent on one thing: augmentation. That’s why many expectant moms enjoy beauty benefits like thicker hair and faster-growing nails. But while they may bask in a rosy glow from the increased blood volume churning through their bodies, others endure broken blood vessels and spider veins. Add to these moles, skin tags, acne, chloasma (the mask of pregnancy), and/or linea nigra (a dark line on the belly), and you’ve got more “enhancements” than you bargained for.

“These changes are probably the result of hormonal surges,” says Iris Aronson, M.D., associate professor of dermatology at the University of Illinois, in Chicago. “For example, pregnancy hormones stimulate a woman’s body to produce more pigment.”

The good news: With the exception of moles, many of these conditions vanish or recede after delivery. (A skin tag may fall off on its own, but usually a dermatologist can remove it in a simple procedure.) In the meantime, a dermatologist can also prescribe acne treatments that are safe to use during pregnancy. Sunlight can intensify chloasma; try to stay out of it, and use a sunscreen with an SPF of at least 15.

Myth: All pregnant women experience the same side effects and symptoms Just when I think I’ve heard of every possible growth or condition that pregnancy can trigger, there always seems to be a new one. During the first trimester of each of my three pregnancies, I was so sensitive to odors that it seemed my husband’s pores were oozing garlic. I tortured him, insisting that he carry breath mints and accusing him of ingesting offending foods for lunch, even though he swore he was eating peanut-butter-and-jelly sandwiches.

“Sensitivity to odors is a common hormonal effect of pregnancy,” says Dr. Phelan.

Far worse than my (or my husband’s) predicament was that of Susannah Hunnewell. From her tenth week on, she produced so much saliva that she couldn’t swallow it. “I had to spit constantly – in the subway, on the sidewalk, at work,” she says. “I’d be talking to a co-worker and he’d say, ‘Time to go spit.'”

Hunnewell was suffering from ptyalism, a rare condition that, like many quirky and annoying side effects, goes away once the baby is born.

Myth: By your eighth month, you will feel and be untouchable

Sure, many expectant moms think they’re less attractive as their bellies enlarge. But thanks in part to soaring estrogen levels – which can rev up libido – some women feel downright delectable. “After my first trimester, in all of my pregnancies, I felt very sexy,” says Cindy Rourke (not her real name), a West Coast mom. “I was on such a high from being able to create life inside me, I thought I was the true earth fertility goddess. Making love was wonderful.”

It also helped that her husband was equally excited. “He found me very attractive,” she says. “We loved reveling in my ripeness!”

Take advantage of this perk while you can.

Myth: No matter how much he tries, your partner can’t “feel your pain”

If Laurie Russo’s pregnancy was disappointing, the closeness she gained with her husband was its reward. A former editor of a women’s sports magazine, Russo, of Louisville, CO, kept up her rigorous exercise regimen of running, cycling, hiking, and swimming. But several months of intermittent spotting, followed by a pinched nerve in her back, caused her to forfeit her active lifestyle – and peace of mind. “By the end of the pregnancy I felt like a failure,” she recalls. “I couldn’t work well, couldn’t be a good wife, couldn’t be the active pregnant woman I thought I’d be.”

Enter husband Ken: “He was very understanding and took over the cleaning and cooking. He was always ready to listen.” Still, Russo was shocked when Ken asked her to give herself a break by leaving her job. “He knew what I needed more than I did,” she says. She quit – for good – the next day.

Some ways to encourage your partner to understand what you’re going through, and share in the pregnancy: Ask him to give up alcohol and eat just as nutritiously as you; shop for the baby with him; do a prenatal exercise routine together; give him books to read about pregnancy and birth.

Myth: Your prenatal checkups will be high points in your pregnancy

Of course it’s exciting to see your baby’s image for the first time on the ultrasound screen. But not every visit to the obstetrician is a benchmark. In fact, most are quite routine: a check of urine, measurement of your weight, blood pressure, and uterine size, and – after about 12 weeks – a quick listen to the baby’s heartbeat.

The upside: It’s a good sign when checkups are uneventful. Since they’re designed to detect problems, no news is good news.

But if feeling shuffled in and out of exams seems dull, read up on the changes happening to you and your baby beforehand so you can ask your doctor specific questions. Most obstetricians welcome dialogue and the opportunity to establish an open, comfortable relationship, says Dr. Henderson. After all, he says, “this is a partnership that lasts nine months and ends with doctors participating in one of the most momentous occasions in our patients’ lives.”

Myth: The second, or pushing, stage of labor goes quickly

The second – and most physically exhausting – stage of labor often hits moms-to-be like a ton of bricks. It’s easy to think that once you’re fully dilated and effaced, you can practically pop out the baby. But the pushing stage for first-timers typically lasts anywhere from one to three hours. “A new mom’s muscles aren’t used to labor,” says Dr. Henderson. Subsequent deliveries often go faster (with pushing usually lasting about 20 to 60 minutes), since the cervix has already been through the process.

To speed up the second stage, try taking advantage of gravity and pushing in an upright position, if your doctor and hospital permit it: Squat, kneel, stand, or even sit on the toilet (you’ll move back to the bed before the baby is born). Conserve energy by concentrating on breathing through contractions, instead of holding your breath, and resting between contractions, if you can.

Myth: You won’t be able to handle the lack of privacy during the birth

New mothers sometimes dread the thought of exposing their body to strangers in the delivery room. And they may worry about embarrassing situations, like moving their bowels during labor.

“With my first, I thought I’d be worried about having my body spread all over the place,” says Allison Hogan, a mother of three in Queens, NY. “I kept asking the nurse whether my gown was tied.” But as labor progressed, Hogan let an intern she’d never met check her for dilation. “I was preoccupied with contractions,” she says. “I didn’t care what I looked like or who was seeing what part of my anatomy.”

The doctors and nurses helping you aren’t there to judge or criticize. Plus, there’s probably nothing you could do or say that they haven’t already seen or heard. When the time comes, you’ll be able to let your guard down and focus on what’s most important – delivering your baby.