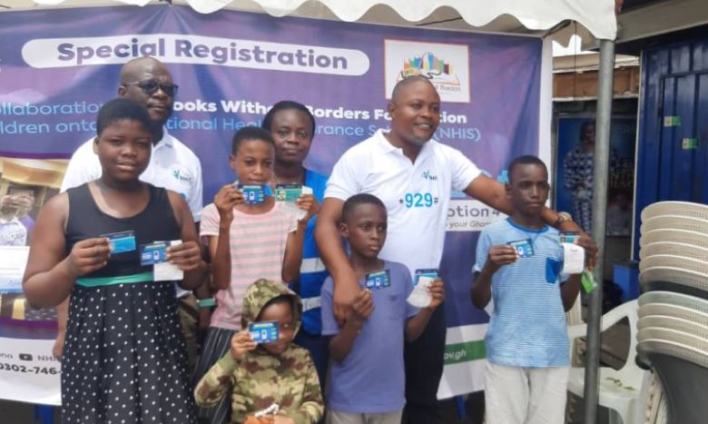 Ten-year-old Nicholas Buamah and his Books Without Borders Foundation, a non-governmental organisation have registered more than 1,000 children under 12 years in the Korle Bu Community onto the National Health Insurance Scheme.

The Foundation, chaired by Master Buamah, donated GHC9,000.00 to the National Health Insurance Authority (NHIA) to register children as new members onto the scheme and to renew the membership of those already on the scheme.

Master Buamah, the benefactor, who had earlier presented the amount said he was concerned about the healthcare needs of the children in the community, hence, on his own, raised the money on YouTube to help them get access to healthcare.

Mr Bernard Brown, Greater Accra Regional Director of NHIA who led the team in the exercise thanked the young boy and his foundation for the initiative and said over 1,000 children would be enrolled at the end.

He advised parents and guardians whose children were beneficiaries to take care of the cards and put them into effective use.

Books Without Borders, a non-profit organisation founded by Nicholas Buamah and his mother Danielle started off as an initiative to help get Nicholas’ books into the hands of children in Ghana.

Nicholas was able to recruit some of his friends, who just so happen to be authors also, to donate their books as well.

Since then, this initiative has evolved from just sending books to Ghana to now wanting to build libraries and computer laboratories throughout the African Continent.