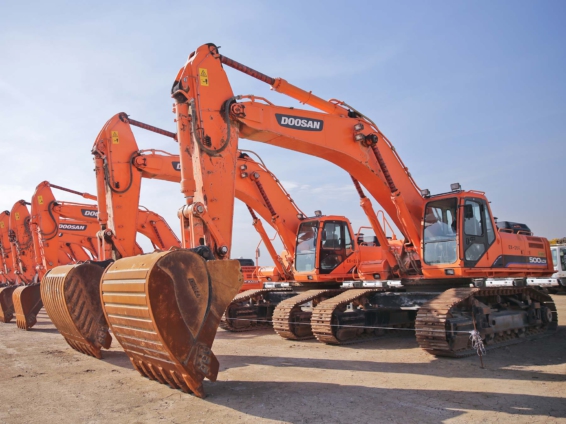 Lands and Natural Resources Minister Kweku Asumah-Kyeremeh has revealed that a total of 157 seized excavators from illegal miners are still in the custody of government.

At a press briefing on Wednesday, the Minister said his outfit undertook an inventory of all equipment seized during the anti-galamsey fight under the auspices of the inter-Ministerial committee known as Galamstop.

Breaking it down, he said the said excavators are currently stationed at Adenta; 122, Obuasi; 26 and Tarkwa; 9 and are under tight protection.

“The Ministry is currently working on reconciling these figures which were hitherto given by the Operation Vanguard and Galamstop.

“Operation Vanguard gave 290 and Galamstop gave 81. So we are making efforts to reconcile these figures, but for now, these are the excavators we have counted.”

Mr Kyeremeh further added that his office is collaborating with the Office of the Attorney General to ensure full compliance of the Minerals and Mining Act 2019.

On job creation, the Minister said a total of 4,265 permanent jobs has been created at Obuasi mine since President Akufo-Addo assumed office in 2017.

According to him, 14 community mining schemes have been launched for operations and they’re expected to generate 126,000 jobs.

He also added that so far the government has trained 4,500 small scale miners on responsible mining across the country.