1D1F was an objective, we can't deliver in first term - Akoto Osei - MyJoyOnline.com

1D1F was an objective, we can’t deliver in first term – Akoto Osei 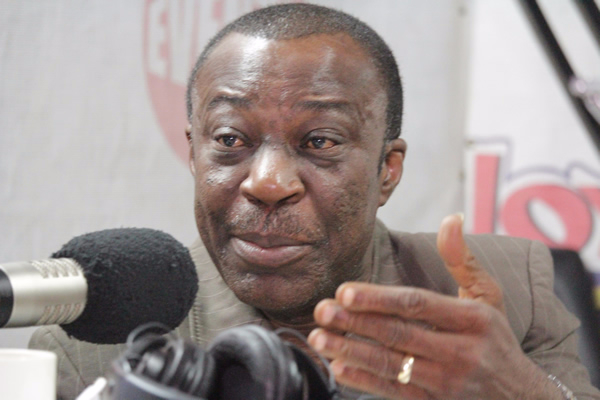 Minister for Monitoring and Evaluation, Dr. Anthony Akoto Osei has said government will not be able to deliver on its One District One Factory programme before the end of its first term.

The governing New Patriotic Party (NPP) in its manifesto ahead of the 2016 general elections highlighted the flagship project as one its major interventions to drive the country’s industrialisation agenda.

According to Dr. Akoto Osei, in-depth assessment by his ministry of the intricacies surrounding the policy, particularly with private sector facilitation, makes it highly improbable to fully implement the much-touted initiative in four years.

“From what the Minister [Trades and Industry Ministry] said, I don’t believe that all 275 factories will be ready. Keep in mind that it is not the government that is producing the factories. It is the private sector and you cannot force them to produce the factories.

“You can only facilitate.  If you look at the two, then it is not possible to say that you can deliver because it is not upon you. You are facilitating”, Dr. Akoto Osei told Evans Mensah on PM Express on JoyNews Tuesday.

The Minister further added, “It [One District One Factory] is an objective. It doesn’t mean we will complete it in four years.”

The Ministry is holding its maiden Results Fair at the Accra International Conference Centre.

The event is geared towards creating a platform for the various Ministries, Departments and Agencies (MDAs) to recount their achievements since they assumed office.