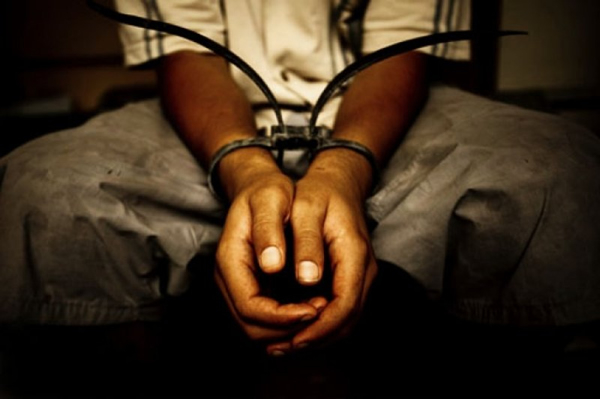 A 20-year sentence handed to five armed robbers by a Circuit Court in Tema was enough to turn five robbers against each other in a nasty brawl, Monday.

In what is believed to be a possible case of breach of trust and confidentiality, three of the convicted persons accused the others of leaking information that led to their conviction.

It had to take a number of warning shots fired by Prisons Officers in order to restore law and order at the Court.

The identities of the convicts have not been released but Director of Public Affairs at the Prisons Service Vitalis Ayeh confirmed the incident to Joy News.

He explained that of the five suspects, three were already serving 112 years in jail sentence for a different crime.

They had to be brought to the court to answer for a separate criminal offence they were alleged to have committed.

The fresh 20-year sentence worsens an already precarious jali term the convicts were serving. They now have 132 years each to serve  at the Nsawam Prisons in a country where the life expectancy is 62.4% .

After the judge handed down the sentence, the convicts pounced on the man they believed was the snitch.

Director of Public Affairs Vitalis Ayeh  said it was not difficult for them to leap over the little cage that served as the dock and when they did, they attacked their colleague.

"You can't handcuff a suspect in court. It is against the law" he said.

The ensuing brawl attracted a crowd and that made it difficult for the prison officials to contain the situation.

Calm was restored only after gunshots were fired. All five convicts were later sent to Nsawam prison in the Eastern region.

Two of them are to start a 20-year jail term.