5 things a man will do if he truly loves you 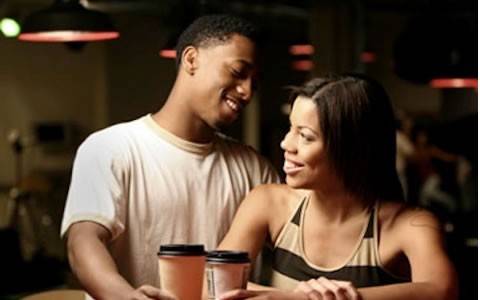 Unless you are some type of superhero or one of those TV psychics I keep seeing on late-night TV infomercials then you are NOT a mind reader are you?

So if you can’t take a peek inside the head of the guy that you like, then how will you know if he really loves you if he doesn’t come out and say it?

Well, believe it or not the signs WILL be there – clear as day – you just have to know what to look for.

(FACT: the signs that he loves you have nothing to do with him buying you things or treating you like a Disney Princess.)

Let’s face it, movies, TV and Michael Bolton love songs have sold you a very one-dimensional idea of what men do when they’re in love.

It turns out, love can be very different than what we see in Hollywood movies.

So let me ask you, what is the most important thing that a man should do if he loves you?

1. He will allow you to speak your mind freely, but will also challenge you when he disagrees.

2. He will show you he loves you, but he might not always give you the affection you want.

You might think you want a highly affectionate man until you start dating a highly affectionate man. At the end of the day, you want a man who is affectionate and sensitive, but also has an edge. Right? Well, he might not necessarily tell you every single day that he deeply loves you, but he’ll do little things that show you that he cares. Maybe he’ll do the dishes when you weren’t expecting it or he’ll send you a cute text in the morning. It’s the little things that really matter.

3. He will treat you like a best friend. And like any best friend, he’ll tease the living sh*t out of you.

Look, I want you right now to think about how your best friend, think back to a best friend that you have now or in the past and how that person has treated you. That’s your closest friend and at the end of the day, that’s really what you want in a relationship. You want a best friend. You want someone who’s going to be there for you and who you can really connect with.

But sometimes in the same way, that best friend is not necessarily going to be like Prince Charming. He’s gonna make fun of you. He’s gonna treat you like his friend. And that’s cool, right? Now we’re stepping outside of Fantasyland. We’re stepping into reality when it comes to relationships. And I think if you can come to terms with what a relationship will really look like with being with the best friend, and maybe you’ve been in a relationship where you’ve actually been dating a best friend, it looks very different than it would in kind of a romantic movie. You don’t see that in Disney movies. You don’t see Prince Charming kind of making fun or poking fun of the princess. No, of course not. It’s all about romance. And real life isn’t always that way.

4. He will listen to your needs and wants whenever they’re reasonable, but he’s also going to push back when they’re unrealistic.

The right guy will be very open to feedback. He’s going to want to listen to you and the things that really matter to you. However, at the end of the day, he’s not always going to give you everything you want. It’s not always possible.. and that’s life. We’re all flawed in many ways, and it is important to reset your expectations about what that really looks like.

When you find a great relationship, he’s still going to want to get out of the house and spend some time away with his buddies. He’s not going to want to be with you every single night, and that is perfectly ok. You shouldn’t necessarily want to spend every single night together. It’s healthy to take a night off every week. And in the early phases of dating, it’s healthy to have nights apart from that particular person.