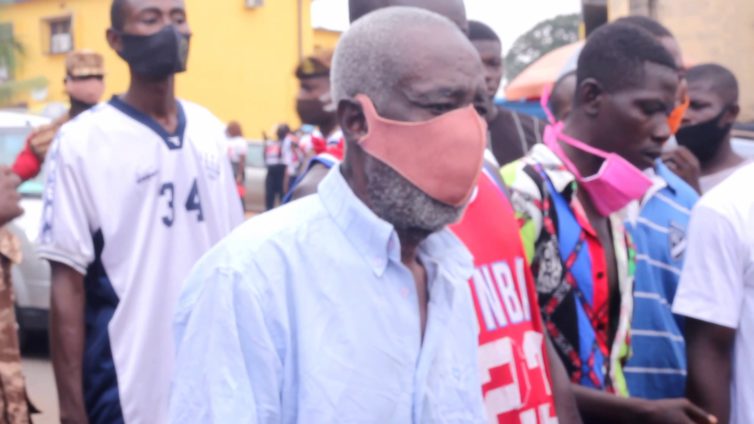 The Kumasi Central Prison on Friday, September 4, freed a 72-year-old ailing prisoner and 19 others who were incarcerated after they failed to pay their court fines.

The payment of GH¢15,000 for the 20 inmates was done by Apostle Kwadwo Safo of the Kristo Asafo fame.

Kofi Nsiah, 72, aided by a walking stick, led his colleagues out of prison, free men.

He told JoyNews, his wish of dying in the comfort of his home has become a reality.

Kofi Nsiah, a farm laborer, was arrested in possession of marijuana two years ago at Konongo in the Ashanti Region.

According to him, the weed was meant to treat a condition with his legs.

“I thought I was going to die in here. I couldn’t have served the three remaining years. A narcotic case got me here, I bought weed to boil and drink for medicinal purpose but I was arrested by a patrol team”, he explained.

He was sentenced to five years imprisonment for defaulting in payment of a fine of GH¢1,200.

“For those in prison, Apostle has given them 15 bags of rice. Those whose fines we settled, we are giving them food and feeding money for a week”, he said.

The Regional Prisons Commander, DDP Amponsah Addo who also spoke to JoyNews urged other philanthropists to consider paying some of the fines owed by inmates so they can be discharged to decongest the prisons.