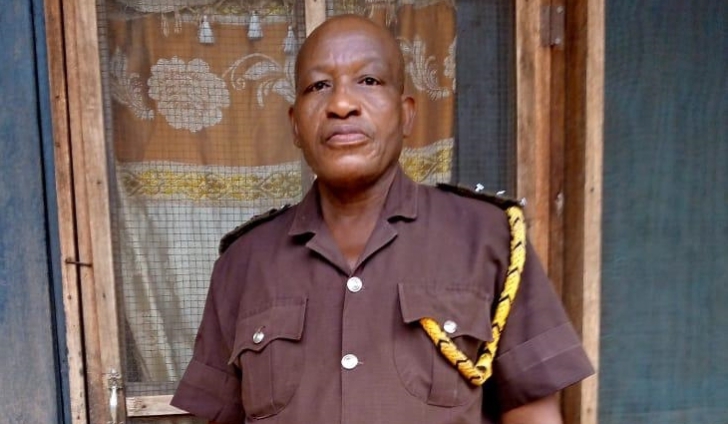 A 59-year-old prison officer has been shot dead by armed robbers on the Asiakwa-Apedwa stretch on the Kumasi-Accra Highway.

Chief Officer Francis Dzaka Mawunyo was shot in the face at close range moments after he defied the orders of a group of robbers to surrender a bag in his possession.

His resistance to surrender the bag containing ¢340 is said to have angered a member of the pump-action gun-wielding three-person robbery gang to shoot him in the left eye, killing him instantly.

According to a Kibi Divisional Police situational report, they responded to a distress call from the scene to the Information Room of the Eastern Regional Police Headquarters at Koforidua.

The robbers blocked, stopped and robbed over 20 vehicles at about 2:30 am on Thursday at a spot between Brimso and Enyinasi.

“On the spot investigations disclosed that three armed men suspected to be of Fulani extraction stopped the vehicles and robbed the passengers of their properties, including cash and mobile phones,” it added.

The deceased, onboard a 46-seater Hyundai bus with registration number AP 260-22 travelling from the Kumasi-Accra direction, was also stopped by the robbers.

“It was further disclosed that the robbers demanded that the deceased surrendered his bag, but he resisted; as a result, one of the robbers armed with pump-action gun fired at him at close range by the left eye, killing him instantly.

“The robbers subsequently collected the bag of the deceased,” it said.

The sitrep added that when a search was conducted on the deceased, ¢340 and a prison ID card bearing his name, Dzaka Francis Mawunyo, was found.

Until his death, Mr Mawunyo was stationed at the Kumasi Central Prisons and scheduled for retirement in June this year.

He left behind three children and a wife.

His death has left officers at Kumasi Central Prisons devastated.

Meanwhile, the deceased’s body has been deposited at the Kibi Government Hospital morgue, pending an autopsy.