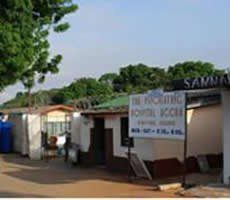 Professor Joseph Bediako Asare, former Chief Psychiatrist of the Ministry of Health, has said about 725,000 Ghanaians are suffering from severe mental disorders.

Another group of 2,410 are also suffering from mild or moderate forms of mental disorder, Prof Asare stated at the presentation of a Mental Health Survey report in Accra.

He said the survey discovered that the current funding for Mental Health Services in Ghana was in inadequate, whilst most services were provided only through the three major hospitals in Accra and Cape Coast.

Prof Asare said according to the survey findings, the few services provided outside the capital are mostly provided by nurses and a few generalist doctors due to insufficiency of psychiatrist.

He recommended the commissioning of a team to produce an implementation plan based on best practices, the baseline information available and to come out with recommendations for mental health systems.

Prof Asare called for a campaign to introduce to the public the Mental Health Act and educate stake holders on its contents.

He said the Act seeks to ensure that standards, conditions and rights are relevant for the facilities in order to prevent the abuse of people with mental disorder.

It also encourages early identification and prompt treatment of mental disorder in primary care at the district general hospital level and discourages admission to the three state-run psychiatric institutions which are often far from home, difficult and costly for families to visit and stigmatized by society.

Mr Roger Mettle-Nunoo, Deputy Minister of Health, expressed concern that mental health as a specialty had been neglected in many countries including Ghana.

Mr Mettle-Nunoo said the brief presentation ceremony sought to lay bare the baseline of mental health systems in the country as at the end of 2011.

He said the findings would provide a basis for making informed decisions in the implementation of the new Mental Health Act.

He said all two hundred and thirty districts in Ghana were surveyed plus a unique addition of a survey of ten traditional and faith based practitioners respectively in each of the ten regions.

The survey which was an initiative of the Ghana Health Service was supported by grants from the Ministry of Health, the United Kingdom’s Department for International Development Health Partnership Scheme, Southern Health Foundation Trust, UK and the Kintampo Collage of Health.