A Thousand Bee Stings: Message from the Morning Man 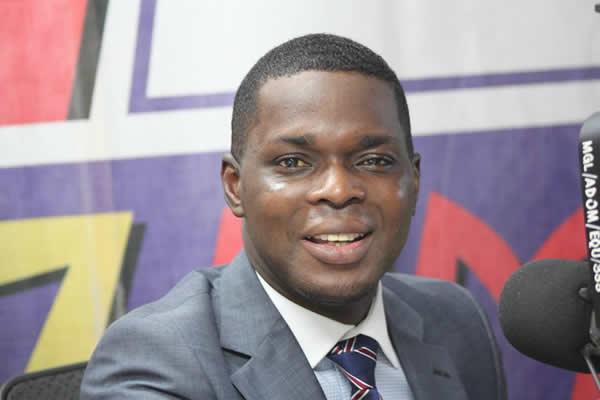 One of the great things about this job is the passion of our listeners. They really care about issues and take the nation’s problems very personally. You can tell from the fire in their voice when they call to talk about corruption, or the economy, or healthcare, or football, or any of the numerous issues that touch our lives on a personal level. Sometimes this passion spills over into personal attacks and insults.

Now, I confess I can understand how this happens in some cases. When frustration over long-standing hardships begins to take a toll, a person can snap and say something unnecessarily caustic, often regretting it immediately after.

In other cases though, it is quite deliberate. The aim is either to make the person feel the punitive sting of your tongue, or to impress your audience and demonstrate your wit by putting together words in a clever way to form the most memorably scathing remarks possible. We see this on social media all the time. People put up posts – often about politics or celebrities, or other national issues, and the comments that follow are all full of acidic abuse. Amanfo will insult each other’s mothers just to demonstrate their disagreement on an issue that has nothing to do with mothers.

But we don’t do it to each other as much as we do it to public figures. Celebrities, politicians, journalists, we all get it in the neck from people who disagree with us for one reason or the other. The President probably gets more abuse than anyone else in the country. Of course, we all have great expectations from him, and we all want him to do more to address our problems. But I wonder – if what we want is for our President to do better, which is likely to achieve that result: insults or criticism?

And what is the difference anyway? Well, to insult is “to speak to, or treat with disrespect or scornful abuse”, according to the Oxford Dictionary. To criticize is “to indicate the faults of someone or something”. As you can see, the two are not the same – not even related. But more importantly, one is aimed at breaking down, while the other can be used for building up.

When you’re engaged in a debate with someone who doesn’t see your point, will insulting them suddenly make your argument clear to them? So why do it?

President Akufo-Addo is by no means the only leader in the world who has to deal with insults. Donald Trump has been called a racist, Boris Johnson has been called a “toffee-nosed elitist”, Duterte has been called a “shameless thief”, Emmanuel Macron was called a “spineless coward” by a member of his own party, even Nelson Mandela was once called a “murdering terrorist”. It makes you wonder how such men manage to handle all these insults without taking them personally.

Well, the answer is rather simple: they don’t take them personally, because the people insulting them don’t know them personally. It is only their public persona that the world sees, and not their personal character, and since you can’t have an opinion on what you don’t know, you can’t really insult the personal character of a person you’ve never met. Leaders and public figures draw this distinction, and that is why insults generally don’t have much of an effect on them.

But don’t forget that they are human, and there is a limit to what any human can take. We have established that insults don’t build, they break. So if you want a better leader, then be careful how you insult them. One day, they might crack, and you’ll end up with a broken leader, not a better one.

I think it is safe to say that anyone who insults another person is not seeking their improvement. So if you’re not happy with the President, don’t insult him, criticize him. He’s bound to find that far more useful.

Also, if you are, or have ever been a victim of online insults or trolling, just remember that the people who insult you don’t know you, so it can’t be you they’re insulting. Don’t take it personal.

My name is Kojo Yankson, and I wish we’d all be more careful with our tongues, because one bee sting may not hurt a bear, but a thousand can kill it.

Tags:
A Thousand Bee Stings
Message from the Morning Man