Abass Ibrahim Tasunti: Fuel pricing in Ghana – Some facts you need to know 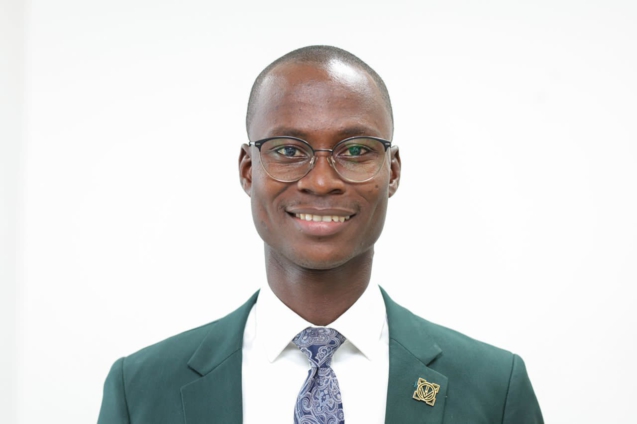 The price of fuel at the pump is of interest to every Ghanaian because of its direct impact on our daily lives. Whether you drive a personal car or use public transport, the changes in the prices of fuel affect your cost of living.

Fuel is a key ingredient required to power the economy, and therefore its level of consumption has a direct relationship with how strong an economy is; a rise in the consumption of petroleum products is usually an indication of a growing economy.

Therefore, a product of this nature which has such a direct impact on every citizen’s life, and has no close substitutes will always be of utmost importance to consumers, and hence the need to know what goes into how much we pay for it and what drives the changes in its price.

Who determines the Price of Fuel in Ghana?

The price of fuel in Ghana is determined by a formula that takes into consideration the following factors:

The National Petroleum Authority (NPA) regulates the petroleum downstream industry in Ghana. One of its core mandates is to ensure that the pricing of petroleum products is done in conformity with the prescribed petroleum pricing formula which is made up of the components listed above.

Until July 2015, the pricing of all petroleum products was regulated by the NPA. Therefore, before the start of every pricing window on the 1st or 16th of each month, the NPA will compute and announce the prices at which each petroleum product should be sold. This allowed government to control prices and subsidised the prices for consumers when it deemed it fit to do so.

Price deregulation allowed market forces to determine the prices of petroleum products without the direct control of government. This resulted in the removal of subsidies on petroleum products, and the prices change in response to price changes on the international market and the strength of the GHS against the USD.

The pricing of Premix Fuel and Residual Fuel Oil (RFO) have not been deregulated. The NPA is still responsible for the computation and announcement of the prices of these two products which are highly subsidised by government.

Premix Fuel is the fuel used by fisherfolk in their outboard motors while RFO is used by local manufacturing companies in production of goods. Government made a policy to continue to support these two critical sectors of the economy, particularly because the end-users can easily be targeted.

The pricing of Aviation Turbine Kerosene (used by aeroplanes), the gasoil used in the mining sector, oil rigs and international marine vessels that bunker in Ghana is also regulated by the NPA.

Even though the pricing of petroleum products is deregulated, the NPA plays a supervisory role by ensuring that the Bulk Import Distribution and Export Companies (BIDECs) and Oil Marketing Companies (OMCs)/Liquefied Petroleum Gas Marketing Companies (LPGMCs) who are now responsible for pricing the other products such as petrol, diesel, and LPG do so in conformity with the prescribed petroleum pricing formula.

The NPA also conducts regular price monitoring exercises and analyses the prices determined by the BIDECs and OMCs/LPGMCs on a regular basis to ensure that the interests of both consumers and Petroleum Service Providers are protected, with regards to pricing, as required by Section 2e on the NPA Act.

Components of the Ex-Pump Price of Fuel

The price at which a consumer buys fuel at the retail outlet or filling station is called the ex-pump price. The ex-pump price is arrived at by adding the ex-refinery price of the product to the taxes, levies and margins imposed on the product.

The Ghana Cedi to US Dollar (GHS/USD) exchange rate is used to convert the ex-refinery price from USD to GHS before sale to the OMC/LPGMS.

Why does the price of fuel change frequently?

In Ghana, there are two pricing windows in a month (1st – 15th and 16th to end of the month) within which both the BIDECs and OMCs/LPGMCs generally review the prices of petroleum products. The prices of petroleum products on the world market and the exchange rate change daily, however, because of the bi-weekly pricing window policy practised in Ghana, the daily prices on the world market are averaged for a two-week period and used in the pricing formula.

Thus, when prices on the world market rise, it leads to increases in ex-pump prices in Ghana and vice versa. The depreciation of the Ghana Cedi (GHS) against the US Dollar (USD) also results in increases in ex-pump prices. The NPA publishes the “Petroleum Price Indicators” daily on its website (www.npa.gov.gh) and on the front pages of several newspapers, to keep consumers informed of the changes in the world market prices and the exchange rates for every window. An example is shown below:

Prior to the implementation of the Price Deregulation in July 2015, when the pricing of petroleum products was controlled, government often intervened in the pricing of petroleum products by subsidising and thereby preventing the passing on of the full price changes, particularly price increments, to consumers. As a result of these interventions by governments, ex-pump prices used to remain unchanged over longer periods, while the level of subsidies kept accumulating. This sometimes created the impression that fuel prices were stable during those periods when it was rather the interventions by government that were preventing the changes from being seen at the pump.

However, after the implementation of the price deregulation policy which removed government’s direct intervention in the pricing of petroleum products, in the form of subsidising, ex-pump prices have been changing frequently (i.e. almost every pricing window) in response to the changes in the world market prices and the exchange rates.

Why Price Deregulation? How has it benefited the country?

Regulation of prices allowed governments to intervene in the pricing of petroleum products by preventing the BIDECs and OMCs/LPGMCs from passing on price increases to consumers at the pumps. To ensure that these companies were able to recover their cost of investment to be able to pay their suppliers and continue supplying products regularly to consumers, government was required to reimburse them.

The implementation of the Price Deregulation policy has introduced keen competition to the petroleum downstream industry which has benefited the consumer. Prior to the implementation of this policy and companies enjoyed the same suppliers’ premiums and margins, and ex-pump prices were the same at almost all retail outlets. However, due to the level of competition that has accompanied this policy, there are variations in ex-pump prices which benefits the consumer. Most companies seek strategies that will enable them to offer products to consumers at the least possible cost and price.

Bringing transparency to the pricing of petroleum products in Ghana has become necessary to ensure that consumers are well-informed and empowered to understand what goes into how much they pay for fuel. This article has shown what the components of the pricing formula used in Ghana are, and which of these components are the main drivers of the frequent changes seen in fuel prices at the pumps. It has also provided some background information on the price deregulation policy. The goal of this article and future ones like it is to make a concept that for a long time has been considered very technical easily understandable to the layman.

Abass Ibrahim Tasunti heads the Economic Regulation Department at the National Petroleum Authority (NPA). He has over 11 years of experience in the petroleum downstream industry in Ghana.

DISCLAIMER: The Views, Comments, Opinions, Contributions and Statements made by Readers and Contributors on this platform do not necessarily represent the views or policy of Multimedia Group Limited.
Tags:
Abass Ibrahim Tasunti
Fuel price