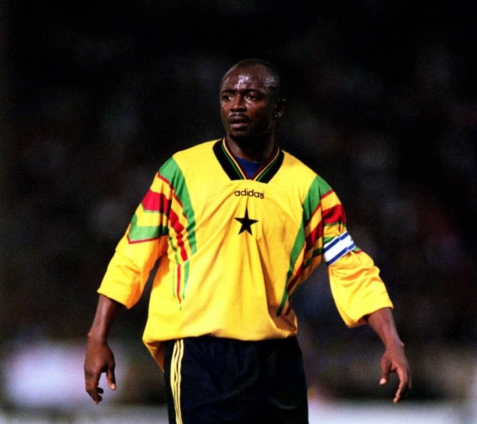 Former Black Stars defender, Joe Addo, has labeled Abedi Ayew Pele as the best captain the senior national team has ever had.

In an interview on Joy FM’s Sports Link, Saturday, Joe Addo hailed Abedi Pele’s leadership qualities, having featured for the Black Stars together with the Marseille legend for eight years.

“Abedi was a great leader, best ever captain for me. He was trying to show us to be professionals but most people didn’t get it. He was better than all of us,” he told host, Nathaniel Attoh.

He also revealed the strict measures that the 1982 AFCON winner put in place during their meetings in camp.

“There were things that Abedi Pele did that was overbearing to us. Even in a two vs two [match] if he is on your team and you lose, you are in trouble. Abedi made sure we ate and did things on time which the players did not understand at the time but I think he was a great leader. He was the best player on the pitch as well. It was obvious.”

The three time African footballer of the year was not just a leader on the pitch. Joe Addo fondly remembered the times that Abedi and Tony Yeboah willingly gave out their bonuses and extra money to the rest of the team.

“In my time at the national team, Abedi Pele and Tony Yeboah never took their winning bonuses and per diems. They always wanted their share to be distributed among the rest of the team,” he said.

“They even gave us money on top and because of that we wanted to die for them on the pitch. We knew that we will get money from them even before the administrators pay us.”

DISCLAIMER: The Views, Comments, Opinions, Contributions and Statements made by Readers and Contributors on this platform do not necessarily represent the views or policy of Multimedia Group Limited.
Tags:
Abedi Pele
Blackstars
Joe Addo