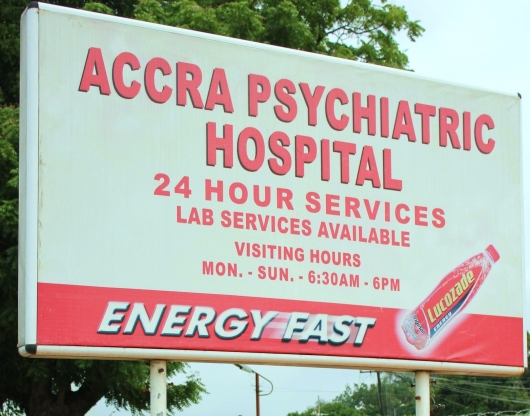 The Accra Psychiatric Hospital is now running on donations as an amount of GH¢1.6 Million the Ministry of Health promised the hospital is yet to hit the accounts of the premier psychiatric hospital.

A member of the Communications team of the facility, Emmanuel Febiri, says the inadequate food and medical supply to the hospital poses a danger to the staff as the hospital is still admitting new patients.

He said they do not have enough food for the inmates and do not enjoy any risk allowance as nurses.

The hospital has been in the news for weeks over a GH¢4.2 million debt owed it medical and food suppliers forcing the hospital to shut its doors to new patients.

Public Relations Officer of the Ministry of Health, Tony Goodman had promised that government will release an amount of GHC1.6million to pay the suppliers of the hospital.

Meanwhile, some nurses at the hospital are also worried over delays in the payment of their salary arrears, some dating back as far back as nine months.

The Comptroller and Accountant General's Department in October 2015 released an amount of GH¢756,000 as payment for outstanding salary arrears owed some striking psychiatric nurses.

Ten months after the monies were released, some psychiatric nurses are yet to have their arrears paid.

One of the affected nurses, Agnes McDorgbey said she started work in 2013 and some of her colleagues were paid for three months and made to sign some documents for the rest to be processed later.

"The names were picked at random and my forms weren't picked and till date it has not been paid. Another form came in that we should fill it and they will start processing it last October we did the same thing and sent it to them yet still, we have not heard from them," she narrated to Joy News' Maxwell Agbagba.