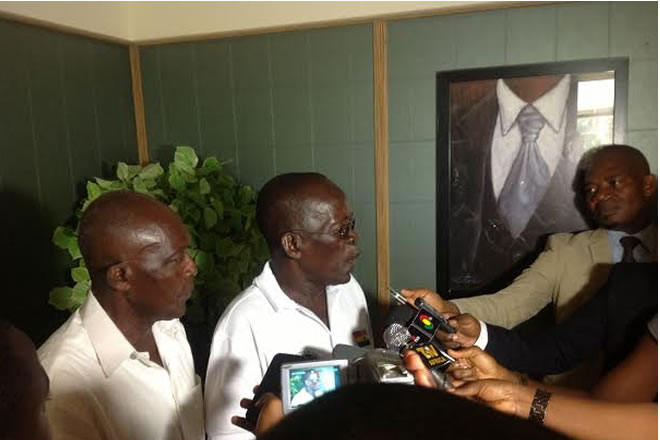 The Ghana Federation of Labour (GFL) has welcomed the intended Initial Public Offering (IPO), by the adb Bank Limited.

According to the GFL, the move would be of benefit to the operations of the bank and the country as a whole.

“We are in support of the share floatation because this would generate the needed capital to overhaul the operations of the bank to make it profitable and more relevant in the financial sphere,” Abraham Koomson, Secretary-General of the Ghana Federation of Labour told Journalists in Accra on Tuesday after a meeting with the management of the adb.

The Adb management has been consulting widely with stakeholders on the bank’s intention to list on the stock exchange. The Farmers and Fishermen Award Winners Association of Ghana and the Ghana Union of Traders Association have all been engaged in this endeavor.

Those consultations are geared towards sensitizing stakeholders on the outlook of the bank and to seek their support for the IPO.

The bank is looking at raising some GHs300million to recapitalize and improve its operations to keep the institution in tune with current banking trends.

Mr Koomson told the media that too many state assets have been lost simply because they had not been profitable, saying “we cannot afford to lose this one too”.

“The adb’s move to list on the stock exchange is the way to go……we support the move. I commend the managment of the bank, what they are doing is in the interest of both the bank and the country.

“We urge all stakeholders to support this move because antecedent has shown that it is more beneficial to raise money on the market to revitalize the operations of the bank than to divest it”, he added.

In an address to the executives of the Ghana Federation of Labour on the bank’s preparedness to list on the Ghana Stock Exchange, Mr Stephen Kporzdi, Managing Director of the adb, explained that with the current ownership structure as a state-owned, the bank is unable to access medium and long-term funds that exist elsewhere including financial institutions like the IFC, CDC among others.

He urged the members to support the Initial Public Offering (IPO), as this would ensure that the bank becomes an effective financial institution capable of growing business.

Currently, the Bank of Ghana (BoG) owns 48 percent of the adb Bank, with the rest being owned by the government. BoG is offsetting all its shares, because it cannot be a regulator and an operator at the same time. Government also seeks to whittle down its sharers in the institution.