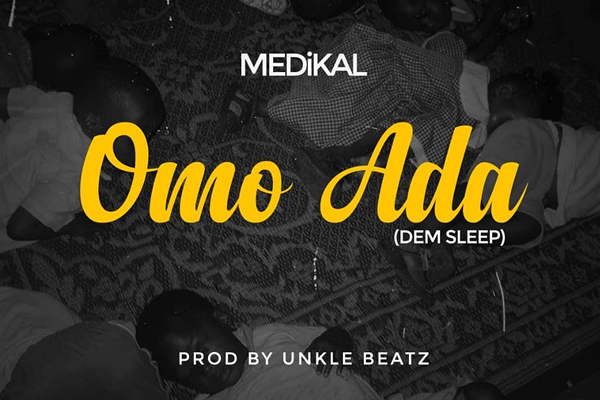 Ghanaians cannot have enough of Medikal’s ‘Omo Ada’. The song again this week has topped the chart.

Weddings, school events, birthdays -it does not matter where or which event- this song is getting lots of play across the country.

The 2018 release from Stonebwoy has topped the charts for six times in 2019.

Even though, the song featuring, Medikal, DarkoVibes, Kelvyn Boy and Kwesi Arthur may have dropped in week 10, it is showing potential to hit the number one spot.

‘Chochomucho’ by Bless is once again taking the chart by storm.

The song is number three. ‘Chochomucho’ had been dropping after topping the chart in week nine. It ended up at number six in week 13.

Week 13 saw ‘Nothing I get’ by Fameye debut at number 14. The song has taken a huge jump to number five.

‘W’asue Me’ by Obaapa Christy has also dropped to number six from four in week 13.

‘I Know’ by Sarkodie featuring Reekado Banks has the seventh spot.

After debuting at number 20 in week 13, ‘Don’t Be Late’ by Kofi Mole is at number eight. The song is gradually becoming one of the most played in the country.

Keeping the ninth spot is ‘Walaahi’ by Kuami Eugene.

DJ Vyruski’s ‘Baby’ comes two steps up this week. The song which features Shatta Wale, KiDi and Kuami Eugene is at number 10.

The song which debut in week 12 at number 20 is fast becoming the people’s favourite.

Okyeame Kwame’s ‘Bra’ after reclaiming the number nine spot in week 13 has dropped again. ‘Bra’ is at number 12.

At number 14 is ‘Proud F Boys’ (Boys Boys) by Tulenkey. The song, however, keeps falling down the charts after keeping at number

‘Mr. Badman’ by KiDi featuring Kwesi Arthur is another song which seems to be losing its stand on the charts. It is at number 15 this week, two steps down from its position in week 13.

Ghanaians are not ready to let go of ‘Poverty’ by J.Derobie. The song is at number 19.

Making its debut on the charts at number 20 is Rainbow by Samini.

It seems R2Bees ‘Picture’ did not come to stay for long on the charts.

Join Andy Dosty this and every Saturday at 12:30 pm, on the Adom Chart Show on Adom FM, to find out if ‘Omo Ada’ will still hold unto number one or it will be dragged down.