Adoma Dwomo-Fokuo Odame: 111 hospitals: Where are the ones for children? 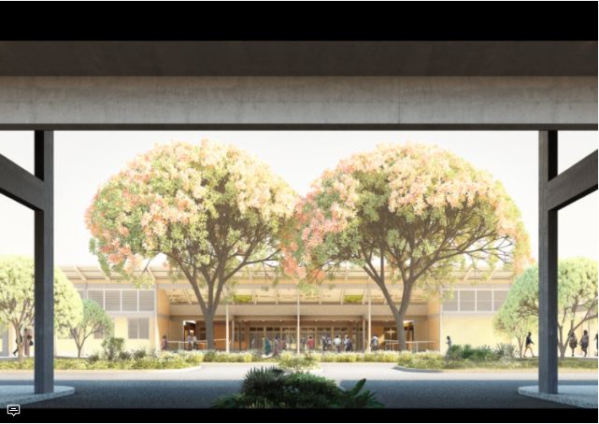 A couple of days ago, I was with a colleague paediatrician and she was telling me how difficult it was breaking bad news to the parent of a child whose liver was beginning to fail.

They were at the end of the road. And in a couple of weeks, he would be dead. Breaking bad news is always difficult. Especially when you know that in other places, options exist.

Later on, I sat watching a series about how a child in a hospital in America whose liver had failed, had a liver transplant, and after some time, the liver was rejected and they were getting him another liver. A second liver transplant. I felt envious as they prepared the child for surgery. Options.

I was excited to hear you are building 111 new hospitals. Trust me, there’s nothing nicer than working in a new hospital. They smell nice and everything works. Beautiful designs too.

I trust that these 111 hospitals will have breastfeeding rooms and creches for the babies of hospital staff. I trust you factored in ‘Mothers rooms’ i.e., rooms for the mothers whose babies are on admission. So they don’t have to lie on the floor surrounded by vermin.

I trust that the walls in the children’s wards will be brightly coloured with toys drawn on them since colours and toys stimulate the minds of young children. (They usually give us boring white walls).

I trust that the 111 hospitals will have playrooms for the children and that GES will dedicate teachers to each hospital so that the sick kids can continue their lessons as they are on admission.

And I trust that you will give each of these 111 hospitals a firefly phototherapy as we fight neonatal jaundice.

But I need more options. You mentioned 101 District hospitals , 7 regional hospitals and 2 new psychiatric hospitals. You are rehabilitating the Effia Nkwanta Hospital in the Western region. But you didn’t mention building Hospitals for Children.

I am a pediatrician and I speak for the children.

About 13% of our population is under the age of 5 years but I can’t find the ultramodern hospitals dedicated to children in Ghana.

The children seem to be forgotten. It’s as if the children are not Ghanaians till they turn 18 then they magically become Ghanaians.

Then they are so important because they have the power of the thumb. Then people begin to woo them with T-shirts and laptops and cash donations. But till then, they don’t really matter. Is it a Ghanaian thing?

Over 200 ambulances were brought into the country and yet there are no kids ambulances. There are no transport incubators to move very sick tiny babies. Adult cancers are on health insurance but the kids with cancer must pay cash. And now,111 new hospitals but no Children’s hospital.

We need that one place where the highest level of healthcare the Ghanian child needs can be found. A child-friendly building, designed with children in mind.

No need to be signing fundraising letters to send kids to India and South Africa.

Ghanaian doctors are great and with the necessary knowledge, skill, and equipment, we wouldn’t lose the boy who is going to die in a couple of weeks. We could do a liver transplant for him right here.

And of course, it must have an air ambulance attached to it. It’s not impossible. It’s a matter of priorities.

Oh! and we need more than one such hospital. People feel I put a lot on you, but then I look at my payslip and remember that you take a quarter of my salary in taxes and so I am convinced nothing is impossible.

Mr President, I hope you have great plans for the children. Make sure you build the children’s hospitals with brick and mortar, not with words.

The children are watching.

I truly want to believe you did not forget about the kids.