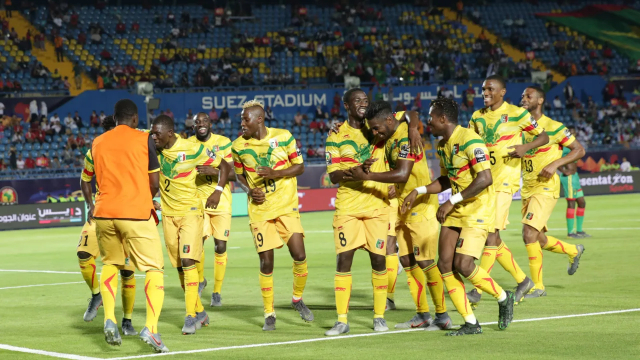 Mali produced a dominant display to beat tournament debutants Mauritania at the Africa Cup of Nations.

Abdoulay Diaby drilled a powerful effort into the top corner from 25 yards to give the Eagles the lead.

A Moussa Marega penalty and a strike from Monaco's Adama Traore increased Mali's advantage, before Moctar Sidi El Hacen pulled a goal back from the spot.

Metz's Adama Traore, on for his namesake, completed the scoring, curling in from the edge of the box.

Mauritania, taking part in the tournament for the first time in their history, started brightly in Suez but the result was rarely in doubt after Diaby's sublime opener.

The minnows take on Angola in their next Group E game on Saturday, while Mali face Tunisia on Friday