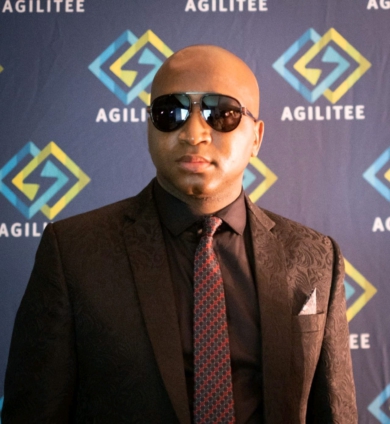 An African billionaire, South African Dr. Mandla Lamba has revamped the ‘My Ride’ (ride hailing services) application to cater for other African markets such as Ghana, Nigeria and Kenya.

The revamped application is now known as “Green Ark”.

Green Ark in the first five working days sold a total of 50 scooters or motor bikes, created a weekly income of rand 40,000 for its 50 member partners and a weekly saving of rand 87,500 for the subscribers who use electric scooters manufactured for the African environment.

It started as an ownership programme that allows one to own ‘Agilitee’ full electric delivery scooters for deliveries and expanded to ‘Agilitee’ Self-charging Car, Agilitee Go for uber or bolt.

According to Dr. Lamba, the owner gets to earn all the money paid by the person renting a scooter or car.

“In the case of delivery scooters, we have Agilitee Loadex which comes with an AI Helmet with a motor plan of 100, 000km. So you don’t have to worry about the maintenance of the scooter as the owner for that period”.

“So you buy the Loadex and put it under My Ride where it generates about rand 800 per week for you as the owner, then My Ride turns around and pays you that money every end of the month as rand 200 per month”.

He further added that “we have conducted thorough research on this and this programme has been in the works for a while now. We have structured it in a way that everyone benefits, the owner who buys the scooter and puts it under My Ride get to generate a monthly cash flow of rand 3,200 which is a total annualised amount of rand 38,400 which is more than seven times what rand 60,000 earns in a fixed deposit account at a bank that is mere rand 5,508 per year.

“So, we made sure the owners win big time. Then we have a driver who rents this delivery scooter and pays rand 800 per week.”

Currently, delivery scooter drivers pay rand 650 per week to rent a petrol scooter and also spend a minimum of rand 1100 on petrol per week and they do about 60 kilometers per day.

Agilitee Loadex has a range of 70km per charge, it is full electric and doesn’t need any petrol.

The drivers save a minimum of between rand 1100  to rand 2000 on petrol per week which is a minimum of rand 4400 to rand 6000 per month which now accounts as profit in their businesses.

“So we have made this work for everyone. You don’t have to be in South Africa to buy the scooter and put it under My Ride and make money. You could be anywhere in Africa minding your business and still be making money from this,” said Lamba.

The programme is a lease to own. So, it gives the drivers a six months leasing trial period which the programme monitors the condition of the scooter and if the driver is keeping it in a satisfactory condition to the programme for six months, the lease would then be converted into a purchase.

DISCLAIMER: The Views, Comments, Opinions, Contributions and Statements made by Readers and Contributors on this platform do not necessarily represent the views or policy of Multimedia Group Limited.
Tags:
Dr. Mandla Lamba
Green Ark
Scooter