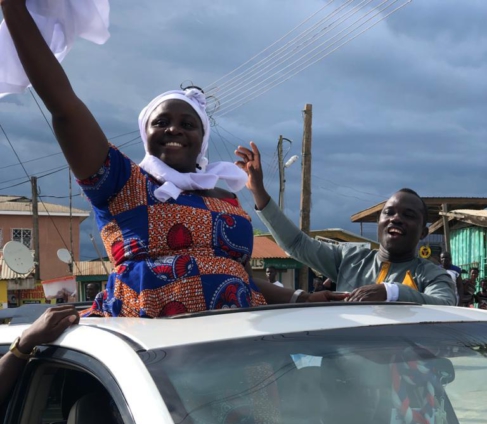 The president’s nominee for Agona East Assembly in the Central Region, Ms Janet Odei Paintsil, was over the weekend confirmed by the members at Agona Nsaba.

Out of the 30 Assembly members present, 25 voted ‘yes’ in her favour while five voted ‘no’ against her, representing 87.3 percent of the total votes cast.

The confirmation of Ms Paintsil, comes after the Assembly rejected the first nominee, Mrs Hannah Asamoah..

Addressing the members prior to the electoral process, Nana Kwao Ponsi, Adontenhene of Agona Asafo and Presiding Member of Agona East Assembly, noted that the absence of a DCE could derail the socio-economic advancement of the Assembly.

He said the Assembly would stand to suffer if members failed to endorse the nominee of the President to push the development of the area.

On her part, Ms Paintsil was grateful to the President for the trust and confidence reposed in her for the position and thanked the Assembly Members for her massive endorsement.

She pledged to work hard for the transformation of the district and called for cooperation and mutual understanding between the Members and entire staff to enhance productivity.

She assured chiefs, opinion leaders and other stakeholders in the district to promote peace and tranquillity to raise quality living standards for the people.