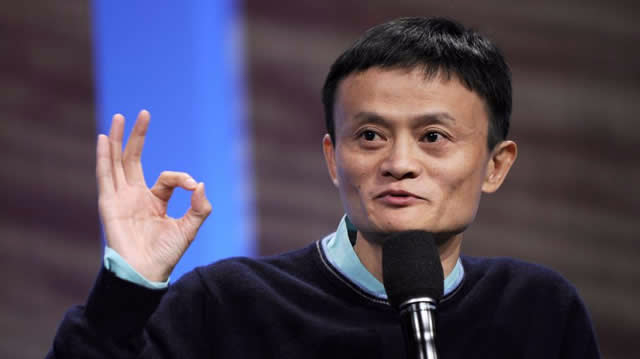 The Ministry of Food and Agriculture has initiated a discussion with the management of Alibaba Group Holding Ltd for the possibility of promoting the sale of Ghanaian cocoa products on the Chinese market using the e-platform of Alibaba Group.

Alibaba Group is a Chinese multinational conglomerate specialising in e-commerce online marketplace. Established in 1999, it currently has a market value of $542 billion and over 580 million active monthly users.

The company, rated as the world’s largest online business to business trading platform for small businesses, currently operates a leading wholesale and retail online marketplace, as well as businesses in cloud computing digital media and entertainment, innovative and others.

The Minister of Food and Agriculture, Dr Owusu Afriyie Akoto, who initiated the discussion with the Executive Chairman of Alibaba Group, Mr Jack Ma, believed that when concluded, the platform, which had over 400 million patrons, would showcase Ghana’s cocoa products to Chinese homes.

Briefing the Daily Graphic in an interview on the move to sell cocoa products on the online marketplace, Dr Akoto explained that he was part of the recent official delegation led by President Nana Addo Dankwa Akufo-Addo to the People’s Republic of China.

He said it was while in China that he took the opportunity to hold discussions with Mr Ma on the possibility of placing Ghana’s cocoa products on the company’s online marketplace.

Dr Akoto said he was excited that the initial discussions pointed to the fact that the company had agreed in principle to accept Ghana’s cocoa products on its online marketplace.

He said Mr Ma would make a follow-up visit to Ghana next month to explore business opportunities and firm up with the ministry on the discussion for the use of the online platform to sell Ghana’s cocoa products.

Dr Akoto said striking a business deal with a reputable company such as Alibaba Group meant that it was exciting times for Ghana’s cocoa, describing the move as a “huge opportunity to showcase cocoa products to the over one billion Chinese.”

He said it was his belief that getting access to the Alibaba Group online marketplace was the easiest and fastest way to penetrate into the Chinese market which had a high consumption rate.

He said China was a big potential market for Ghana’s cocoa products recalling that earlier this year, he led a Ghanaian delegation to the China International Tea Expo, and distributed some cocoa products to the Chinese.

Dr Akoto said the cocoa products caught up with the Chinese that his counterpart, the Chinese Minister of Agriculture and Rural Affairs, Mr Han Changfu, granted Ghana the permit to participate in the next expo in 2019 with Ghana cocoa products.

He said Mr Changfu directed that a whole stand should be set aside as Ghana Cocoa Stand for free to enable Ghana to exhibit the various range of cocoa products.