Minority leader in Parliament, Haruna Iddrisu has questioned government’s commitment to deliver on the many promises made to Ghanaians in the run-up to the 2016 elections.

He pointed out that the year 2017 ended without the implementation of key policies like the one district one factory, one village one dam, and one million dollars per constituency.

The former Labour minister said the President is not managing expectations as far as his "shop list" of promises is concerned.

The government has been keen to point out that it has achieved more in a year than the previous NDC government did in eight years.

2017 saw the NPP government on a launching spree.

He also rolled out his government's flagship industrialisation plan, One District One Factory Policy,  in August.

It launched its the National Digital Property Addressing System in October after rolling out big bill item – free SHS – in September. But his critics believe the free education policy could have been delayed for better implementation. 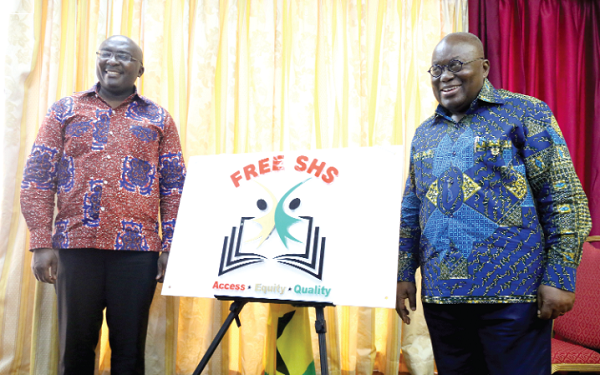 Another major launch was the new national identification card in September. But the delivery on its promise to actually produce the cards for Ghanaians is yet to be realised.

President Nana Akufo-Addo has expressed his 2018 resolve to quicken the pace at which his government delivers on its 2016 electoral promises.

"2017 I said I was a man in a hurry. But in 2018, we are coming with supersonic speed", he said during a visit to a technology exhibition organised by Kristo Asafo last Sunday.