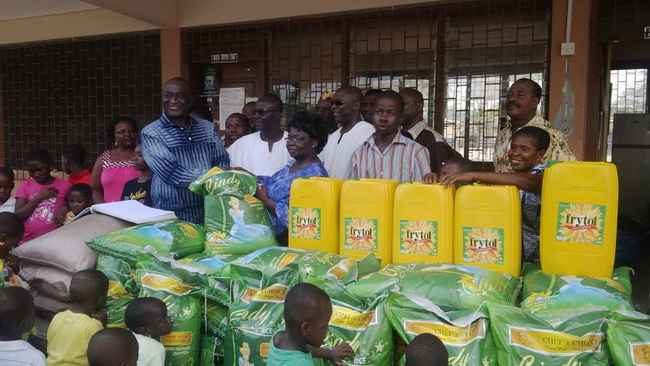 The items include fifty bags of rice, ten bags of sugar, 125 litres of cooking oil and many others.

Presenting the items to authorities at the Osu Childrens Home, Mr. Kyerematen said Christmas and the New Year is time for sharing and merry making.

“It is best to share with children but it is even better to give to less privilege and the vulnerable ones in society including orphans and it is for that reason i have decided to put smiles on the faces of the children at the Orphanage” he noted.

Commenting on his political future, the presidential hopeful said “I will still be actively involved in politics. As a member of the NPP, I believe the people are waiting to put the party back into power in 2016 and to provide the same kind of progressive, constructive and the forward-looking leadership that we gave over the eight years we were in power”.

Alan Kyerematen called for unity in the party, saying that is the only way the NPP can wrestle power from the governing National Democratic Congress (NDC).