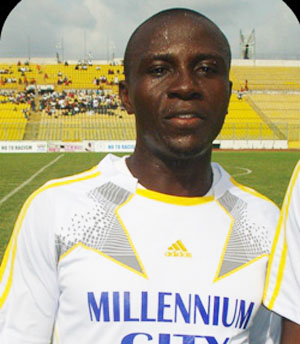 Captain of Hearts of Oak’s CAF Confederations Cup winning squad, Amankwah Mireku, has attributed the club’s poor performance in recent seasons to the bad attitude demonstrated by the players.

Mireku, who was team manager during Mohammed Polo’s reign as coach two seasons ago ,believes the ill-discipline and lethargic attitude demonstrated by the players has contributed to the club’s poor showing.

In a recent interview with Joy Sports, Amankwah noted if the Phobians had six players with the mentality and attitude of Robin Gnagne, the club would not have gone through the hardship they endured through last season.

“In football you need to have attitude, but the players of today lack attitude.”

“If we have a caliber of players like Robin Gnagne in the team, we wouldn’t have perform this low.”

“For we just hope the players would have a good attitude to play football and keep on playing till they hear the last whistle.”

Mireku, who also featured for the Black believes the presence of the affectionate supporters can serve as motivation and encouragement for the players and the team as a whole as Hearts hope to end a six year wait for a league title.