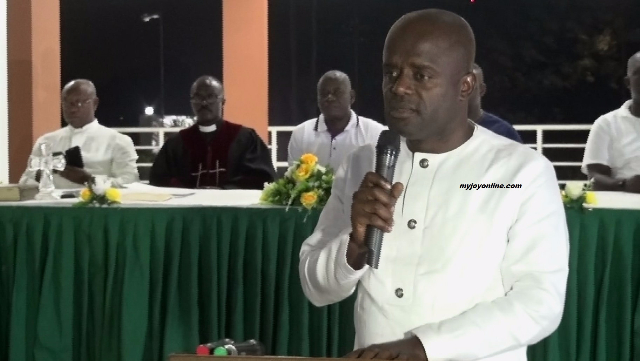 New executives have been elected to steer affairs of the 4 Garrison Officers Mess Tennis Club in Kumasi for the next two years.

The five- member team, sworn into office over the week-end, is led by Seidu Salifu Abebe, Operations Manager for Activa International Assurance Company, as President. He takes over from Samuel Ampadu Kyei who had been in office for the past four years.

Under the leadership of the out-gone President, membership of the club rose from thirty- five to over one hundred.

Mr. Ampadu Kyei has asked members of the club to support education of ball boys and girls while seeing to the completion of a changing room and the installation of flood lights at the club court.

The upgrade of the court saw it hosting the maiden edition of the National Ranking Tournament, organized by the Ghana Tennis Federation.

Mr. Ampadu Kyei is happy about his legacy, as President.

‘‘During my time, I have been able to see to the construction of a new club house which will be commissioned soon, and the installation of flood lights at the courts,” he emphasized.

He continued,”I am happy to have been able to rebrand the game of tennis in Kumasi, making the club attractive to respected men and women in society.”

Meanwhile, the new executives have, resolved to improve on the achievements of their predecessors.