An entire village lost its broadband at the same time every day for 18 months. Now we know why 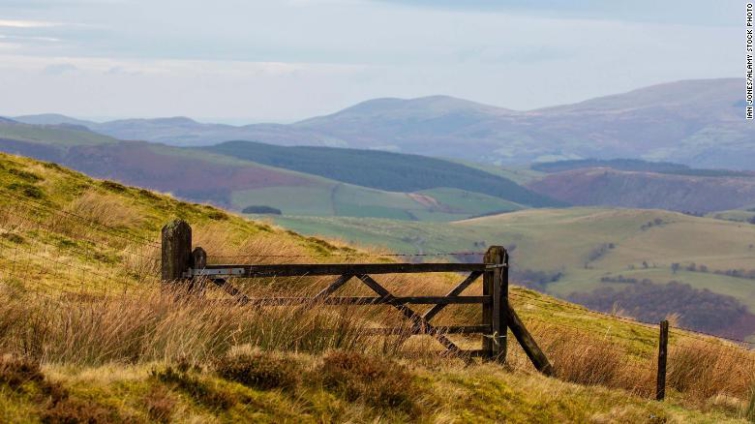 Villagers in Aberhosan, Powys, Wales, had broadband problems for 18 months.

For 18 months, residents of a village in Wales have been mystified as to why their broadband internet crashed every morning.

Now engineers have finally identified the reason: A second-hand television that emitted a signal that interfered with the connection.

A crack team of engineers-turned-detectives have become heroes in the village of Aberhosan after finally finding the source of the problem, according to a press release from Openreach, the company that runs the UK’s digital network, published Tuesday.

Staff had visited the village repeatedly and found no fault with the network. They even replaced cables in the area to try and solve the problem, but to no avail.

Then local engineer Michael Jones called in assistance from experts at the Openreach chief engineer team.

After carrying out a plethora of tests, engineers had a theory that the problem could be caused by a phenomenon called single high-level impulse noise (SHINE), in which an appliance emits electrical interference that impacts broadband connectivity.

Engineers used a device called a spectrum analyzer and walked up and down the village “in the torrential rain” at 6 a.m. to see if they could locate an electrical noise, Jones said in a statement.

At 7 a.m. — “like clockwork” — the device “picked up a large burst of electrical interference in the village.”

“The source of the ‘electrical noise’ was traced to a property in the village. It turned out that at 7 a.m. every morning the occupant would switch on their old TV which would in-turn knock out broadband for the entire village.”

Jones said the resident was “mortified” by the news and “immediately agreed to switch it off and not use again.” Since the old TV was retired there have been no more problems with the connection, said Openreach.

Suzanne Rutherford, the company’s chief engineer’s lead for Wales, said that this kind of problem is more common than people think.

“Anything with electric components — from outdoor lights to microwaves to CCTV cameras can potentially have an impact on your broadband connection,” said Rutherford, who advised the public to check if their appliances are certified and meet current standards.

Earlier this year, UK telecoms regulator Ofcom warned that microwaves could reduce Wi-Fi signals. Ofcom issued several tips on how to keep households connected as millions of people started working from home at the start of lockdown.

DISCLAIMER: The Views, Comments, Opinions, Contributions and Statements made by Readers and Contributors on this platform do not necessarily represent the views or policy of Multimedia Group Limited.
Tags:
Broadband
Openreach
UK telecoms
Wales
Wi-Fi signals