Andre backs Jordan to explode in the Premier League 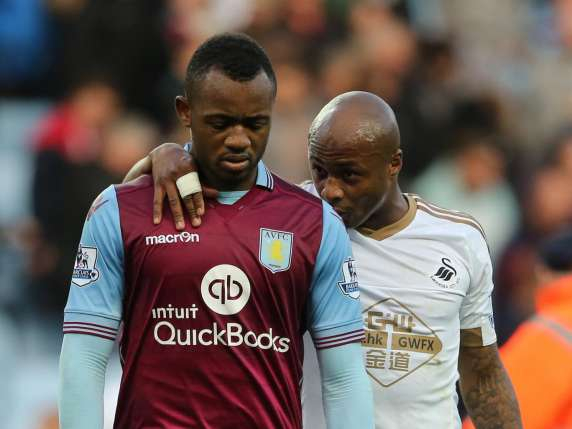 Andre has almost always grabbed the headlines after each Swansea City game since joining the Welsh club form Olympique Marseille in the summer.

The situation has however been different for Jordan Ayew who struggled to get his debut goal and has since scored twice for relegation threatened Aston Villa.

Black Stars vice-captain Andre Ayew in an with RMC said when asked if he was worried about brother Jordan Ayew who is not playing much at Aston Villa:

“No, he is playing, he has started 4 or 5 games. He has scored 2 goals. It is true that his debuts were difficult, a new coaching staff, a new team, a new country.

“He needed a bit of time but he is really starting to throw himself into it and when I speak with him he seems at ease, at home and it is good because I really think that he has the ability to explode in this league. I hope that one day, if we can, we will play again together in the same club.”

Jordan Ayew who used to play together at Olympique Marseille with Andre joined FC Lorient before transferring to English Premier League side Aston Villa in the summer.