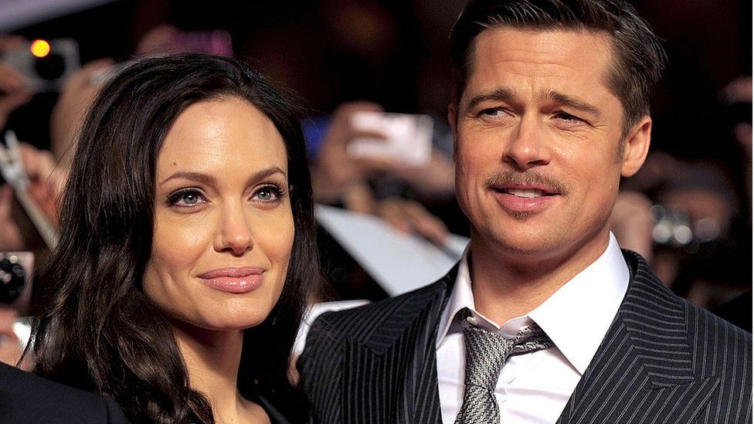 Angelina Jolie has filed court papers accusing ex-husband Brad Pitt of drunkenly attacking her and their children during a private plane flight, prompting her to file for divorce.

In a lawsuit over a French winery that the stars bought, Ms Jolie says Mr Pitt grabbed her by the head and attacked two of their children on the 2016 trip.

Mr Pitt also verbally abused and poured alcohol on his family during the flight from France to Los Angeles, she says.

He denies the allegations.

Ms Jolie’s claim of abusive behaviour by Mr Pitt on the 14 September 2016 flight has emerged in previous court papers, including the Oscar-winning former couple’s divorce settlement.

The incident was investigated by the FBI in 2016. Authorities decided not to press charges.

But new details were alleged in Tuesday’s filing in Los Angeles by Ms Jolie’s legal team. It is part of an ongoing lawsuit over Chateau Miraval SA, a home and vineyard in the south of France that the former Hollywood couple acquired together.

Mr Pitt argues that he and his former wife had agreed not to sell their stakes in the venue without the permission of the other.

Ms Jolie disputes this, and blames Mr Pitt for ending negotiations over purchasing her shares of the property.

Her cross-complaint on Tuesday says the actor was physically and emotionally abusive towards her and their six children – aged 8 to 15 at the time – during the private plane flight.

Her lawyers allege the Fight Club star began shouting, accusing her of being “too deferential to the children”.

Shortly into the flight, Mr Pitt “pulled her into the bathroom” in the back of the plane, says the lawsuit.

“Pitt grabbed Jolie by the head and shook her, and then grabbed her shoulders and shook her again before pushing her into the bathroom wall,” the filing adds.

“Pitt then punched the ceiling of the plane numerous times, prompting Jolie to leave the bathroom.”

After one child verbally intervened, Mr Pitt “lunged at his own child”, says the filing.

Ms Jolie then “grabbed him from behind to stop him”, according to the court papers.

“To get Jolie off his back, Pitt threw himself backwards into the airplane’s seats injuring Jolie’s back and elbow,” the legal filing continues.

“The children rushed in and all bravely tried to protect each other. Before it was over, Pitt choked one of the children and struck another in the face.”

Ms Jolie’s lawyers say she and her children “sat still and silent under blankets” for the remainder of the flight.

“Pitt periodically emerged from the back of the plane to yell and swear at them. At one point, he poured beer on Jolie; at another, he poured beer and red wine on the children,” says the filing.

A source close to the actor told the BBC that Ms Jolie’s claims were false.

“She continues to rehash, revise and reimagine her description of an event that happened six years ago by adding completely untrue information each time she fails to get what she wants,” said the source. “Her story is constantly evolving.”

Last year, a judge awarded joint custody of the children to both parents.

The stars got married there six years later.

Mr Pitt has sued Ms Jolie, claiming that her decision to sell her stake in the estate to a Russian oligarch amounted to an attempt to “undermine” his investment and cause “gratuitous harm” to Mr Pitt, who had “poured money and sweat equity into the wine business”.

Ms Jolie’s lawyers say in their filing that the actress “has gone to great lengths to try to shield their children from reliving the pain Pitt inflicted on the family that day”.

They add that her decision to sell her stake in the venture was in part due to her “growing increasingly uncomfortable with continuing to participate in an alcohol-related business, given the impact of Pitt’s acknowledged problem of alcohol abuse on their family”. Mr Pitt told the New York Times in 2019 that he had joined Alcoholics Anonymous following his split from Ms Jolie.

Ms Jolie’s court filing lays bare the tension between the couple over their plans for the winery.

Mr Pitt, who has previously spoken of his love for architecture and design, decided the chateau needed a fifth pool at a cost of €1m and wanted a staircase to be rebuilt four times, according to Ms Jolie.

DISCLAIMER: The Views, Comments, Opinions, Contributions and Statements made by Readers and Contributors on this platform do not necessarily represent the views or policy of Multimedia Group Limited.
Tags:
Angelina Jolie
Brad Angelina divorce
Brad Pitt
Divorce