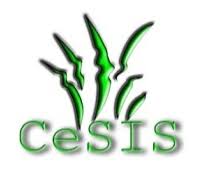 The Center for Social Impact Studies (CeSIS), has blamed negligence and regulatory failure, especially on the part of the Minerals Commission, for the Apeatse explosion.

CeSIS says it has reason to believe the disaster could have been averted if the Inspectorate Division of the Minerals Commission had been up to its task.

“While investigations are still on-going to unravel the circumstances that led to this tragic incident, it is becoming obvious that there were some regulatory failures and negligence on the part of the regulatory agencies,” said the group in a statement.

Robert Ali Tanti, Executive Director of the research and advocacy organization in the extractive sector, recalled an incident in 2017,with regard to which the Interior Minister, Ambrose Dery raised concerns over the poor safety record of Maxam Explosive Company Limited after a tour of the company.

The Minister then issued an 8-week ultimatum for Management to fix the issues or lose their permit to manufacture explosives.

According to the CeSIS, no public feedback was given later about the activities of the company as to whether they met the requirements.

The statement indicated that the disaster could have been averted had the Inspectorate Division of the Minerals Commission discharged its duties creditably.

“We have every cause to believe that if the Inspectorate Division of the Minerals Commission had been up to their task, this unfortunate incident would have been averted,” it said.

At least 14 people have so far died and others injured from the January 20, 2022 disastrous incident that hit Apeatse.

Whilst CeSIS is saddened by the development, it has commended government’s rescue efforts in a community which has seen over 900 inhabitants affected by the disaster.

“While the investigations are on-going, we urge the government to work together with the mining companies in the enclave to provide immediate relief to the people, and efforts made to rebuild the community.

“We call on state regulatory bodies in the extractive sector to be more proactive in dispensing their duties without fear or favour to forestall a future occurrence of this unfortunate incident with its attendant casualties,” CeSIS wrote.