Are we just going to look on while HOTCATT remains irrelevant to Ghana's hospitality industry? - MyJoyOnline.com

Are we just going to look on while HOTCATT remains irrelevant to Ghana’s hospitality industry? 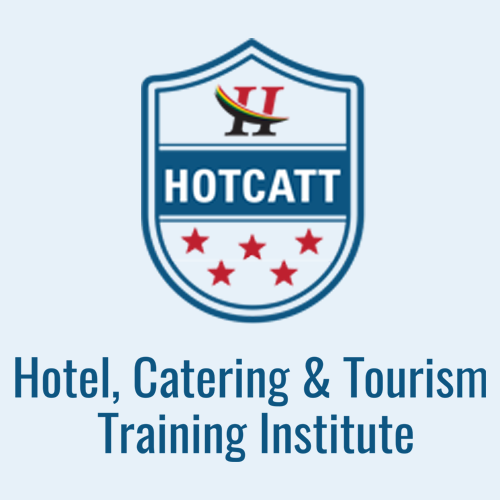 In July last year, there was an auspicious event to celebrate the ‘reopening’ of the Hotel, Catering & Tourism Training Institute (HOTCATT). The fanfare that ensued, the speeches, the pedigree of invited guests and the general atmosphere at the reopening ceremony made it seem that after years of inefficiency, a new level of energy had been injected to resuscitate the institute.

The reopening was to begin a rebranding process that would see the training school transformed into a world-class facility that not just train students for the local tourism and hospitality industry, but the entire continent and beyond. Included in this rebranding was a possible name change, review of current courses and addition of new ones to reflect a more global outlook. HOTCATT was to become a place where students are equipped with the requisite knowledge and tools to not just become better frontline hospitality and tourism personnel, but also be able to build careers out of what they are taught.

The aim was to revive it into a state of the art facility that could rub shoulders with any in the world.  Typical of the stunts that usually accompany such rehabilitations, the school was repainted, new learning equipment and tools were brought in to make it seem the new HOTCATT was shaping up well. Five months later in December, came a two-day “sensitization workshop for stakeholders in the hospitality and tourism industry on renaming and redefining the hotel, catering and tourism training institute.

The beginning paragraph of the invitation to the workshop read, “HOTCATT is significantly changing its corporate strategy, which calls for renaming and redefining the institute to position it as an internationally recognised centre of excellence.” So for two days, participants were drawn from academia, media, arts and entertainment, tourism, hospitality industries to discuss and find ways by which HOTCATT could be revamped. But from what has become of the institution now, one could comfortably say it was just one of the many talk shops that yielded little.

It is no coincidence that as a country, almost all of our top hotels have expatriates at the helm of affairs. There might be little or no direct correlation between the decision hotel owners take and the availability of a hospitality school as far as this phenomenon is concerned. But could it be that due to the unavailability of quality human resource, these owners are compelled to look for managers elsewhere?  This is the discrepancy a functioning HOTCATT should be filling.

A non-functioning HOTCATT is a stark representation of our collective disinterestedness in seeing our hospitality sector grow. A dormant HOTCATT is a serious indictment on our mutual agenda to make the country a hub for tourism and hospitality excellence within the West Africa Sub-region. How does the country hope to improve service delivery standards in the hospitality industry when the only institution established to train the frontline personnel is not properly functioning? The HOTCATT of today can be a far better institution provided the government and all relevant stakeholders are willing to give it the needed push and support.

It is obvious that there has not been a clear cut policy direction for the running of HOTCATT over the years, leaving the institution as a subject for political experiments. By its mere structure, it doesn’t seem wise for one to call for sweeping changes at this state, as it may take a while to effect these changes. But that’s exactly what is needed; sweeping changes, to completely turn the facility around. It is quite obvious that the government is cavalier about developing the institute as has been said time and over and again. Everything has been rhetoric without any actionable plans and once again, for a country that wants to be seen as a beacon of excellence in every sphere of its economic life, this does not augur well.

That, HOTCATT does not command the attention of government like other public institutions in budget allocations is a reflection of what the state thinks of the hospitality and tourism industries in general. At this rate, HOTCATT cannot benchmark itself against any institution of its kind on the continent. With what Utalii College in Kenya has and is offering, HOTCATT comes nowhere close to being its competitor. But that should be our aim as a country. We should build a formidable and strong HOTCATT that does not just provide a place for learning, but churn out quality human resource, that is employable in hospitality markets both locally and internationally. It’s not enough for authorities to waste taxpayers’ money or grants from donor agencies on organizing workshops and what have you every now and then when they amount to nothing.

Structures and sound operational plans and actions are what are needed to run institutions, not workshops and tea-sipping events, and it’s about time those who have the power to transform HOTCATT realized that. In this era when Public-Private Partnerships are rife, government should just cede the running of the institution to private investors if it can no longer play its role. Tourism is the new gold, it holds the key to the country’s economic growth, and therefore we can’t afford to be lackadaisical about the institutions that will enhance the quality of the human capital needed to drive this industry. HOTCATT should be properly equipped and transformed to run efficiently and government and those in charge must take the bull by its horn and act now.