Are you helping your husband follow his dreams? - MyJoyOnline.com 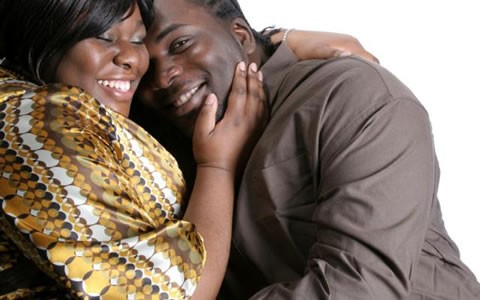 I came upon a realization yesterday as I hugged my husband. I’m a bit rounder than I was when we got married. So is he. We both have more wrinkles. His hair is speckled with gray. (My hair would have more speckles, too, if it weren’t for Clairol.)

We’re both still pretty young, yet our bodies are softening in all the wrong places, and my realization was that it’s just going to continue. We will be those gray-haired, wobbly elderly people holding hands as they cross the street. Yes, it may be in 2031, but it’s coming!

Of course, I also realized something else. I think my husband is sexier than ever. No, I’m not going to be talking about sex. Instead I will focus on passion, and passion isn’t designed for just the bedroom.

On our very first date the first thing that impressed me about John was his passion for life. He had traveled the world in the Marine Corps. He had plans for college … and dreamed of a bright future. He had passion for God.

Looking back on our 21 years together, I realized that our toughest times in marriage were those when we both became stuck in the busy ruts of life. We didn’t share our dreams; we didn’t make plans for what we could do. Instead we filled our days with busyness and both felt overwhelmed and unfilled.

Recently our family moved 1,950 miles from Montana to Arkansas and many people asked why. “Why would you leave a good job, a nice home, and the prettiest place on earth to move to Little Rock?” (No, offense Arkansas. You’re pretty too, but …) The truth is, I saw a spark of passion in my husband’s gaze that hadn’t been there for a while. He knew his skills could be used at the amazing ministry of FamilyLife. He wanted his work to matter for eternity, and I jumped on board with that.

Passion in life isn’t just something that happens. Rather it must be sought. And as wives we can help our husbands do just that.

1. Pay attention. When we first moved to Little Rock my husband talked (and talked and talked) about all the cool bike trails. I realized he wanted to explore them but needed a better bike to do it. We tightened our belt in other areas and got him a good bike … and soon our teen son got one, too, so Dad could have a biking partner. Wouldn’t you know … just a few months ago I got one, too, and we’re exploring those trails together. My husband loves biking, and he’s energized for the rest of the day after a ride. Because I was paying attention I knew it was something he’d enjoy. Turns out I also found something I enjoy!

2. Sacrifice. When we bought a nice bicycle for John it was a sacrifice to our checkbooks. When we moved 1,950 miles the sacrifice was much greater. Sure, we left a lot—our church, our home, our friends and family—but we’ve gotten many of those things in new ways. More than that, I have a husband who’s excited about his job and is a joy to be around. His passion for life is evident, and it’s worth the sacrifice.

3. Pray. We’ve made these sacrifices with a lot of prayer. We’ve followed the passions of our hearts while also keeping in step with God. There are other things we’d both love to do, but we take all things before God and seek His timing. We also understand that maybe the passion He’s placed in our hearts may not play out like we imagine. I’ll give you some examples.

First, I love the Czech Republic. I’ve been there four times and if you gave me an all-expense-paid trip today, I’d go there again. My dream is to live there for an extended period with my family as short-term missionaries. I dream of meeting people as I walk along the cobblestone streets. I dream of opening our home for English lessons and Bible studies. We have no plans for that in the future, but we’ve gone on two mission trips to the Czech Republic and we’ve helped dozens of others go there, too.

Second, John’s big dream is to open an orphanage in a South American country. We have no immediate plans to do that, but we’ve adopted one beautiful child and have the paperwork processing for another.

4. Dream together often. Today, ask your husband, “If you could do anything and know it would succeed, what would it be?” John and I talk about—and dream about—many things that would take a miracle to happen, yet we still keep sharing them.

Passion about life, we’ve discovered, isn’t just about making things happen. It’s also about dreaming and planning together about “what could some day be.”