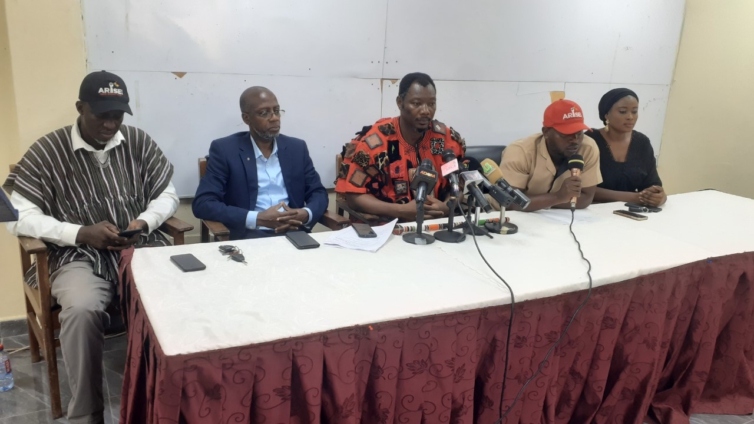 Organisers of Arise Ghana, a pressure group, say they will appeal the High Court ruling prohibiting them from holding a demonstration at Revolution Square, near the Jubilee House.

The Court, in its ruling, moved the venue for the demonstration from Revolution Square to Independence Square.

The pressure group was expected to picket at Revolution Square from Tuesday, November 15 to 17, 2022, to protest the current economic hardships in the country.

The ruling by the court followed an application by the Police, which said the initial plan by the organisers of the demonstration to picket at Revolution Square from 1200 hours to 1700 hours would not augur well for the safety of the demonstrators and the public.

Mr Bernard Monah, a leading member of Arise Ghana at a press briefing in Accra, disagreed with the Court ruling saying, “We have instructed our lawyers to file a notice of appeal and an application for stay of execution of the order”.

He said members of Arise Ghana met with officials from the Greater Accra Regional Police Command on November 7, 2022, and had agreed to reduce the number of demonstrators from 500,000 to 500 to ensure effective policing.

Mr Monah said it was greed that the duration of the picketing would be reduced from six hours to two hours to avoid the rush hour.

Mr Monah stated that the dates and venue for the picketing, Revolution Square, were carefully selected because the objective of the event was to address the President and the Government, whose office and seat were directly opposite.

“The Revolution Square is the symbol of probity, transparency, and accountability, which are at the core of the picketing,” he said.

DISCLAIMER: The Views, Comments, Opinions, Contributions and Statements made by Readers and Contributors on this platform do not necessarily represent the views or policy of Multimedia Group Limited.
Tags:
Accra High Court
Arise Ghana